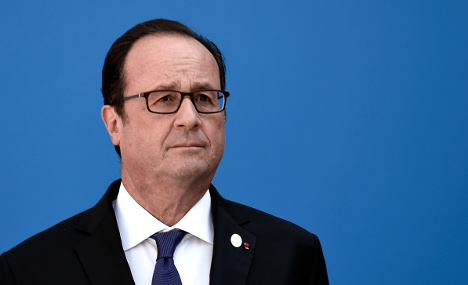 America's response to the 9/11 attacks augmented rather than defeated the jihadist threat, with the consequences of the Iraq war now being felt in terror-scarred France, President Francois Hollande said Sunday.

In a Facebook post commemorating the victims of the attacks Hollande echoed a famous front-page headline from Le Monde newspaper on the day after the suicide plane strikes.

“Yes, on that day, we were all Americans,” he wrote.

But the Socialist leader, whose country has been rocked by a string of extremist attacks in the past year-and-a-half, was also fiercely critical of the US riposte.

“The response that the American administration gave to these attacks… far from eradicating the threat, expanded it over a wider area. Namely to Iraq,” he wrote.

“And even though France, through (ex-president) Jacques Chirac, rightly refused to join the intervention (in Iraq) which it condemned, it has nonetheless been a victim of the consequences of the chaos it caused.”

Hollande's remarks were seen as a reference to the rise of the Islamic State group (IS) which was formed out of Al-Qaeda in Iraq.

Isis, which later expanded to Syria, has ordered or claimed several attacks in the West in the past year, particularly in France which it has declared a top target.

The group ordered the November 2015 attacks in Paris which killed 130 people. It also claimed the truck massacre in Nice in July that claimed 86 lives as the work of one of its “soldiers”.

France responded to the November attacks by stepping up bombing raids on Isis targets in Syria as well as Iraq. And after the July 14th atrocity in Nice Hollande again vowed to increase France's aerial bombardment in the Middle East.

That led to criticism in some quarters that France too was only exacerbating the terror threat it was facing.

The French president said every terror attack was like a re-enactment of 9/11, with its lot of “buried lives, broken destinies and grieving families”.

Declaring that democracy would triumph in the end, he called on people to “never give in to fear.”