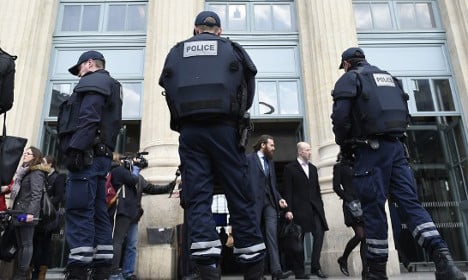 French police have arrested a 15-year-old boy suspected of planning an attack, investigators said on Sunday, as Prime Minister Manuel Valls warned that the country faced a threat from 15,000 homegrown radicals.

The teenager was arrested in eastern Paris on Saturday and had been under house arrest since April for suspected links to Islamic extremists.

The police suspect him of plotting “in response to calls from Syria to attack France,” one of the sources said, just days after a separate plot to blow up a car packed with gas cannisters was allegedly foiled in central Paris.

Investigators are looking into calls made by a French member of the Islamic State group, Rachid Kassim, for supporters of the group to strike French targets.

The source said the 15-year-old had been in touch with Kassim using the encrypted messaging app Telegram.

Kassim has regularly appeared in IS propaganda videos calling for attacks on French targets.

He has been linked to at least one of the two teen jihadists who executed an elderly priest in a Normandy church in July.

Appearing on French television on Sunday morning, Prime Minister Manuel Valls said that around 15,000 people were known to police in France as having been radicalised, up from a previous estimate of 10,000.

He said around 700 jihadists from France were fighting in Syria and Iraq.

Investigators believe IS operative Kassim had been in contact with one of the women arrested last week over a car found abandoned a week ago near Notre Dame cathedral, a major tourist draw in central Paris.

One woman named as Ornella G. was remanded in custody Saturday on terrorism charges.

Her fingerprints were found on the vehicle. She told police she and an accomplice had tried to set the vehicle alight but fled when they saw a man they believed to be a plain-clothes policeman.

Three other female alleged members of the same cell have also been detained. The three were planning another attack, according to police sources.

One of the women has been linked to one of the priest's killers as well as to a jihadist who stabbed a police couple to death at their home in a Paris suburb in June.

France is on heightened alert after a series of Islamist attacks since January 2015 that have killed 238 people dead and made security a hot topic in campaigning for next year's presidential and parliamentary elections.

IS claimed responsibility for the Paris attacks in November that killed 130 people and also claimed the truck driver who crushed 86 people to death in Nice in July as one of their “soldiers.”