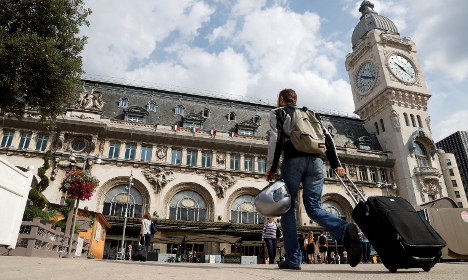 On Thursday night French police investigating an abandoned car containing six gas cylinders left near Notre Dame Cathedral in Paris arrested three female suspects said to have been planning fresh attacks, shooting one of them in the process.

Speaking on Friday President François Hollande said the terror cell “has been destroyed”.

The arrests of the three “radicalised” women aged 39, 23 and 19-years-old came after intelligence services had warned police on Thursday that an attack was imminent.

A message sent around police forces mentioned the possibility of a suicide attack at a train station in Paris or on the commuter RER D line.

According to a police source cited by BFM TV the three arrested suspects having declared allegiance to Isis, were planning on targeting Gare de Lyon in Paris as well as police officers.

It is believed they wanted to carry out a suicide bombing.

However this claim has not been confirmed by authorities but Interior Minister Barnard Cazeneuve said on Thursday that they were preparing “new violent … and imminent actions” and spoke of a “race against time” to avert the threat.

The principal suspect named as Ines Madani, aged 19 years-old, was the daughter of the owner of the car, found abandoned and full of gas cylinders near Notre Dame. It emerged on Friday she had pledged allegiance to Isis. Her father was also known to police for being radicalized.

When she was arrested she pulled out a knife and stabbed the police officer, who responded by shooting her in the leg.

A policeman responded by shooting one of the suspects in the leg. All three suspects were found to be carrying knives.

A local resident who saw the women just before their arrest in Boussy-Saint-Antoine ( see point on map), south of Paris, said they “seemed anxious, looking around them all the time”. (Photos below show police in Boussy-Saint-Antoine after the arrests were made. AFP) Four people — two brothers and their girlfriends — were already in custody over the car, found just a few hundred metres (feet) from the Notre Dame cathedral in central Paris, an area always thronged with tourists.

The first couple arrested, a 34-year-old man and a 29-year-old woman, have been held since Tuesday and are known to the security services for links to radical Islamists.

Police arrested the man's brother and his girlfriend, both aged 26, late Wednesday.

Authorities had said earlier they were searching for the two daughters of the owner of the grey Peugeot 607 abandoned on Sunday near Notre Dame, which draws millions of visitors every year.

A bar employee working near Notre Dame had first raised the alert on Sunday after noticing a gas cylinder on the back seat of the parked car, police said.

The car had no number plates and its hazard lights were flashing.

Although the cylinder on the back seat was empty, five full cylinders were discovered in the boot.

Three bottles of diesel fuel were also discovered in the vehicle, but police found no detonators.

“If it was an attack plot, the method was very strange,” a police source said Thursday.

Unconfirmed reports on Friday said the women had tried to set the car ablaze but did not want to die and so fled the scene.