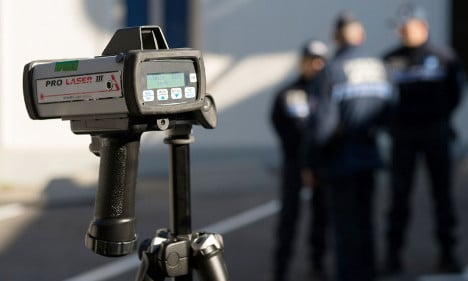 Photo: AFP
The ruling comes after a Facebook group made headlines in France for alerting its members about the exact whereabouts of speed cameras in the Aveyron department of southern France.
The Facebook page, which was called “The Group That Tells You Where The Police Are in Aveyron”, had 14 admin members who actively shared posts about the whereabouts of cameras and of police officers who were carrying out checks.
The fourteen people who had shared the information were facing driving bans and loss of points on their licenses until the court decided otherwise, it was revealed on Wednesday.
The court said that France's highway code “does not prohibit the act of notifying or informing people about the location of devices, instruments, and systems that record offenses or are used for the regulation of traffic”.
However, devices that automatically find and report the location of such radars remain illegal, and the use of such devices can come with a fine of up to €1,500.
“Today we can clearly state that we have the right to publish the location of radars, as it is not a device that does it,” one of the lawyers, Rémy Josseaume, told the AFP news agency.
The founder of the Facebook group, Mathieu Chané, called the decision “very good news for motorists”.