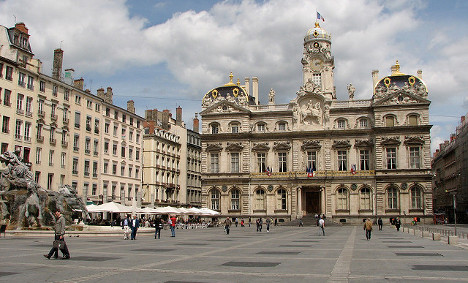 France’s second city, where the Rhône and Saône rivers converge, was handed the title in the World Travel Awards.

“Lyon corresponds to the new expectations of urban tourism, a concentration of a country’s lifestyle in a human-sized city, that can be navigated on foot or bicycle,” said François Gaillard boss of the tourism company OnlyLyon.

“This is the result of a deliberate policy by the city of Lyon and professionals with support of the state,” said Ayrault.

“After Lyon’s old town was added to the list of Unesco World Heritage sites in 1988, attention has been paid to the quality of reception, including the hotels on offer and the work of promoting the destination explains the success of Lyon today.”

Lyon’s tourism industry has been boosted in recent years to the point it now pulls in around 5.5 million visitors a year – two million more than a decade ago. That puts it a long way behind Paris, which attracts some 30 million, but that is probably part of Lyon’s charm.

And the outlook looks good for this year too, with the occupancy rates of hotels at a healthy 65 percent in the first six months of 2016.

Weekend visitors have plenty of options for how to spend their time in the central city, with many flocking to the riverside, the weekend markets, and the Old Town for some local food.
The Musée des Confluences is also a must-see, located where the Rhone and the Saône rivers meet, and offers what it describes as “a journey through time and across continents to observe the world around us”.
READ ALSO: Eight reasons to leave Paris for Lyon