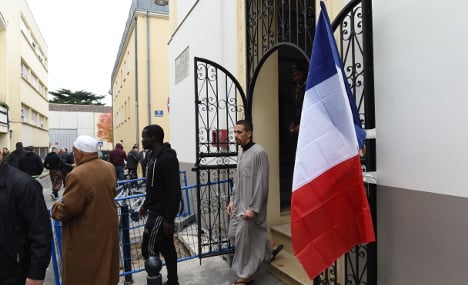 A recent meeting between France’s Muslim community and the government was presented as an effort to open a new chapter in relations with the country’s followers of Islam after a string of jihadist attacks and the damaging burqini row had left deep scars.

The meeting was followed by an announcement of the creation of an Islamic foundation, and religious association to help “build a French Islam steeped in the values of the French Republic ” namely liberté, egalité, fraternité and of course the most difficult – laicité or secularism.

But while foundations and associations may help, sociologists and Muslim community leaders who were at the meeting say France and the French need to do far more to really integrate the Muslim population and help bring about an end to the country’s insecurity over the influence Islam.

Here several experts on the subject of Islam in France give their views on what really needs to be done to open a new chapter.

Mohammed Moussaoui, president of the Union of French Mosques (UMF) and honorary president of the French Council of Muslim Faith attended the recent talks with the government and says France and the French people must come to terms with Islam being visible on the streets. (Mohammed Moussaoui speaks to the media after meeting with the government. Photo: AFP)

“The question of visibility in the public space, such as the wearing of the veil, is a recurring debate and it’s one that needs to be looked at with a lot of serenity,” Moussaoui told The Local.

“Every time it comes up it creates hysteria. Are French politicians ready to accept a visible Islam in the country or do they want it to be relegated to the private space?

“We cannot ask Muslims to change and we can’t ask them to disappear. We need to find a balance. They are citizens like everyone else and have a right to express their religion. They are not being provocative.

“France must accept it is a multi-religious and multi-cultural country, because it's a fact. Allowing Muslims to express their faith would help them feel more a part of French society.

“Muslim women will always wear the headscarf and we can’t prevent them from doing that, it’s integral to their faith.”

“I would also say that Muslims should be conscious of the international context we are living in and the impact it has on France. There is a lot of fear around. Ordinary Muslims need to help reassure the population and show they are a source of appeasement and not be associated with violent extremist groups like Isis.

Moussaoui also said those in the middle ground, whether Muslims, Catholics or non-believers must work together to marginalize the extremists on both sides.

Simon Reich, a professor of Global Affairs at Rutgers Newark and visiting researcher at the IRSEM think tank in Paris believes the answer lies in economically integrating its Muslim population. “France has done a woeful job of economically integrating young Muslims. In the most part they remain poor and marginalized, both economically and politically,” Reich told The Local. “No foundation composed of hand-picked older members of the community will solve that problem.

“American history demonstrates that minority and immigrant groups first become economically integrated, then they become culturally and politically integrated. If they remain poor, then they generally remain unrepresented and often resort to civil disobedience measures. In rare instances they become radicalized. It’s interesting that Arabs and Muslims in the US are far wealthier than their counterparts in Europe – and far less supportive of Jihadism.

“Forming a foundation may well be a useful measure if it is truly representative of the community and it is combined with serious economic measures designed to create good jobs in the suburbs.

'Muslims must be treated as ordinary citizens'

Agnes De Feo, a sociologist and documentary filmmaker, said France could do a lot of good by just respecting its own constitution. “Muslims in France must be considered like other French citizens and not as potential enemies,” De Feo said.

“They must be left free, not matter what the particular features they have, whether it be a veil or a beard etc,” she argues.

“The state should never react as long as they do not disturb public order. Muslims are only manifesting their beliefs, which is perfectly legal under French law. Most Muslims in France are French, they must be treated as ordinary citizens and have equal rights. Islam has to be accepted as a French religion.

“Can you imagine that these basic demands by Muslims are not accepted in France.”

'There is a serious knowledge deficit around Muslim identities'

Raphael Liogier, a French sociologist and director of the observatory for religions, said the main issue a lack of understanding around Islam in France. Liogier wants a new “Observatory of Identities” that could guide the government and politicians and help avoid the kind of damaging controversies such as the recent burqini bans in French beach resorts.

“We need to know what it really means when women wear a burqini or men grow a beard or wear other Muslim clothing because at the moment the French government is completely blind to all this,” Liogier told The Local.

“The observatory could help advise the government and politicians and show them that something like the burqini is worn by women who want to play sport and go on the beach and the people who fight against the most ware the Salafists who are totally against them swimming in the sea for pleasure.

“The observatory would help determine if there’s really a security risk from wearing a burqini or whether it’s just a fashion. We need to create the information that can be used by politicians because there’s a real deficit of knowledge that this observatory can fill.

Liogier says the observatory, which would be backed by the state, would fill the void that is often taken by experts, including himself, who are asked to comment on each controversy.

“We can do many things in the long run to help integrate Muslims in France, but if we don't start with the basics then how can do anything else,” he said.