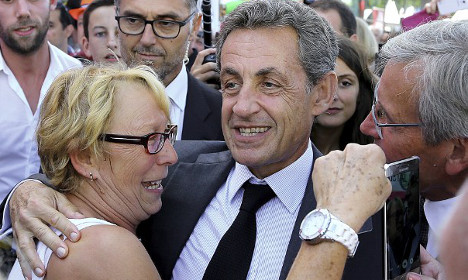 Former French president Nicolas Sarkozy, who is making a fresh bid for election next year, could face trial over alleged
illegal funding of his failed 2012 campaign, a source in the investigation said on Monday.

“Prosecutors are calling for all of those charged to be tried,” the source told AFP. An investigating magistrate must now decide whether to follow the prosecution's recommendations.

Sarkozy faces allegations of false accounting that allowed him to greatly exceed spending limits in 2012.

The case hinges on the activity of public relations firm Bygmalion, which organised some of Sarkozy's campaign appearances and is accused of using a vast system of false accounting.

Bygmalion allegedly charged 18.5 million euros ($20.7 million) to Sarkozy's party — then called the UMP, but since renamed The Republicans — instead of billing the president's re-election campaign.

As a result, the campaign was able to greatly exceed a spending limit of €22.5 million, according to the prosecution.