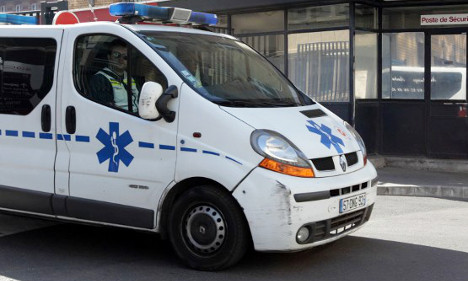 Photo: AFP
The woman was staying with her husband and their two children at a holiday home in Saint-Pée-sur-Nivelle, in the Bayonne area.
On Saturday, her husband returned to the bedroom to find the younger of the two children, a five-month-old baby, was dead in the same bed as the mother.
Reports suggest the baby was suffocated, although this is yet to be confirmed.
Police were called to the scene and the woman was promptly arrested.
The mother, a 42-year-old from the London suburbs, was taken to psychiatric hospital on Sunday night.
“The investigation continues in the attempts to determine the circumstances behind this tragedy,” deputy prosecutor Marc Mariée told the L'Express newspaper.
“But the woman's condition was such that it justified hospitalization, according to a psychiatrist.”
A post-mortem on the baby will be carried out early this week. The baby was found dead in a holiday home in south western France, near the Spanish border. Photo: GoogleMaps