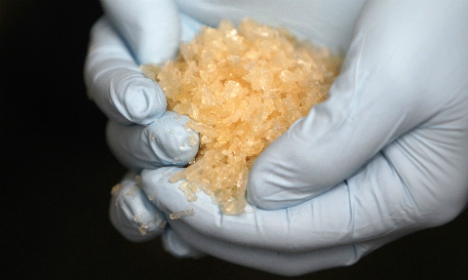 “The merchandise is estimated to be worth 3.8 million euros ($4.3 million)on the illegal retail market,” according to a customs statement.

They found the crystalline drug, a strong stimulant, in 40 of 70 bags.

Long popular in poorer Asian countries, especially among those who work long hours, methamphetamine now seems to be finding new markets in richer states such as South Korea and Singapore as well as Malaysia.