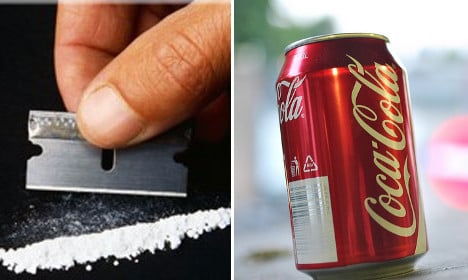 File photos: Owen Blacker/Flickr and Adrian Scottow/Flickr
While traces of cocaine were removed from Coca-Cola way back in the 1920s, the drug and the drink have been reunited once again in a factory in Signes, southern France.
The stash was found on Thursday, hidden among orange juice concentrate in a container sent from South America, Nice Matin newspaper reported.
At 370kg, the haul is among the biggest ever seized in mainland France.
Toulon prosecutor Xavier Tarabeux estimated that the drug had a street value of around €50 million. Photo: GoogleMaps
No suspects have been arrested as yet, though police are cracking on with the investigation.
The fact that the coke was found in a Coke factory wasn't lost on French social media users, who were quick to share the story online.
“Has Coca-Cola's secret ingredient finally been revealed?” asked one Tweeter.
Another said the find wasn't that surprising, and not unlike finding an orange at an Orangina factory.