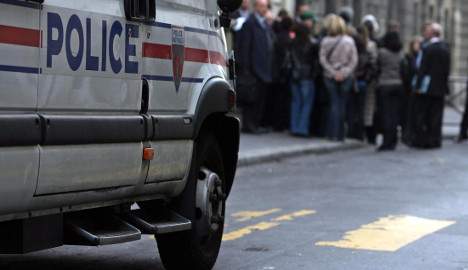 A French police officer was stabbed on Tuesday at a police station in the centre of the city of Toulouse by a lone attacker as the country and its police force remain on high alert for terrorist attacks.

According to the La Depeche du Midi newspaper, the 31-year attacker got into the station by telling officers he wanted to file a complaint.

He then tried to grab the male officer's gun but after being held back he pulled out a knife and stabbed the officer in the throat, reports say.

The man was then overpowered and arrested.

The man attacked the officer because “he represented France” La Depeche du Midi reported, stated however BFM TV reported that the attack took place only after things turned nasty as the attacker filed a complaint.

The victim was taken to hospital after being left needing stitches to several wounds. However her life is not believed to be in danger.

La Depeche du Midi reported that the attacker showed signs of having mental health problems. Further details of the attack and the man who carried it out are not yet known.

A press conference is due to take place at 5pm.

France is on high alert after a recent spate of terror attacks with the country’s police force on edge after two officers were brutally murdered by a jihadist at their home to the north of Paris In June.