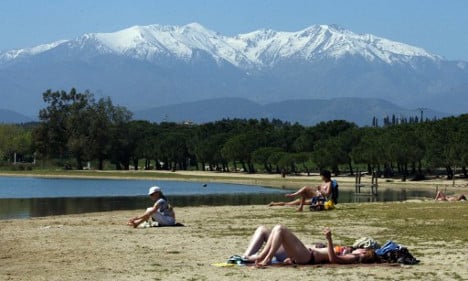 People enjoying the sun at the Villeneuve-de-la-Raho lake near Perpignan. File photo: AFP
The toddler was splashing about at a lake edge in Villeneuve-de-la-Raho, not from Perpignan on the southern coast of France.
Firefighters who were at the scene saw the child bathing naked, and within minutes reportedly warned the parents about the risks that paedophile predators could be in the area.

The firefighters told the parents to cover up their child.
When the town's mayor was confronted about the decision, a town hall spokesperson told France Bleu radio that everyone had to wear clothes at the lake for reasons of hygiene – regardless of their age.
This has long been a rule at the lake (picture above), and was put in place because the edge of the water is made of earth and not sand, the town hall said. Covering up at French beaches has been a red hot topic in the French press in recent days.

Tuesday also saw reports of a brawl breaking out on a nudist beach in western France after “a dozen youths” in swimwear ended up fighting with nudists. Police at the scene were told that the youths had been staring at naked women, enough to prompt a strong reaction from men on the beaches.

Meanwhile, the burqini debate remains on front pages of newspapers around the world after France's top administrative court suspended one town's ban over the controversial swimwear – a decision expected to have a knock-on effect at the other 30 or so towns to have banned the burqini.

READ ALSO: Nudity on French beaches: The dos and don'ts 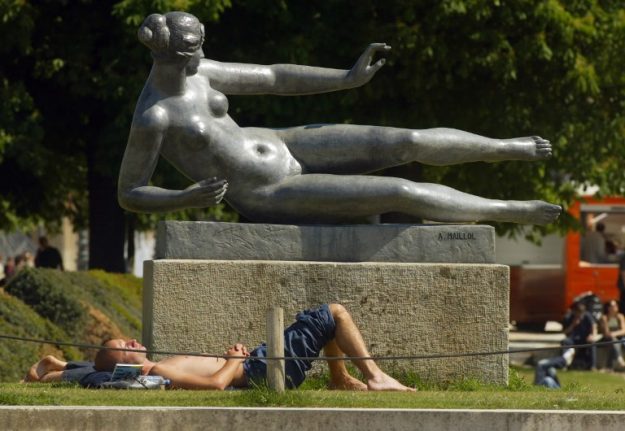 NUDITY
Can people go topless in French towns in the summer?
Url copied to clipboard!