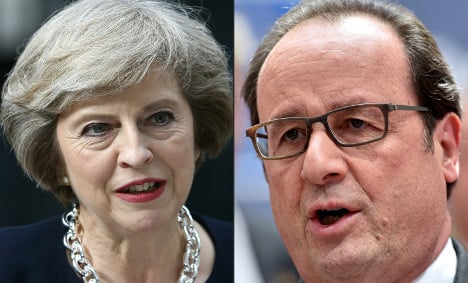 While the British government has sought to delay initiating its departure from the EU, France has once again urged London to up the pace.

Speaking to France's legion of ambassadors in Paris on Tuesday the president François Hollande told the UK that there was no going back on the Brexit referendum so Britain should get on with it.

“The decision of the British people to leave the European Union was not a temporary decision, nor a circumstantial decision,” said Hollande.

“This decision was irreversible and we have to draw the consequences.”

While British PM Theresa May has insisted the negotiation process for leaving the EU will not begin until Britain is ready, France is keen for London to get on with the job.

May has persuaded the EU to give her more time before she triggers Article 50, which would be the starting gun on the protracted and no doubt painful divorce negotiations that would follow.

But Hollande would rather May get going as soon as possible because delaying the inevitable will be no good for anyone.

“This will cause uncertainty and instability, which would not be good for the United Kingdom nor acceptable for Europe,” Hollande said.

“For France, everything should be concluded by 2019,” Hollande warned.

The French President also reiterated a previous warning that France would not accept that the UK could have access to the single market without accepting the other main principles of the EU, which include freedom of movements.