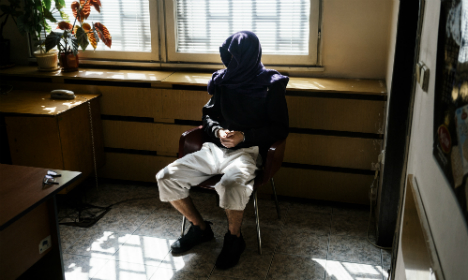 The suspect was charged after being handed over to French authorities by Bulgaria. Dimitar Dilkoff /AFP

Twenty-year-old French student Mourad Hamyd was charged by an anti-terrorism judge in Paris with “associating with terrorists” and held in custody.

Hamyd, whose sister Izzana was married to Charlie Hebdo gunman Cherif Kouachi, had been sent back to France on Friday from Bulgaria where he had tried to cross the border into Turkey in late July. But Turkish officials handed him over to Bulgarian border authorities.

France requested Hamyd's extradition on July 29, accusing him of “conspiring to prepare acts of terrorism”.

French prosecutors said that the route taken by Hamyd — by train through Austria, Hungary, Serbia and Bulgaria — corresponded to the one traditionally taken by jihadist fighters wanting to join the Islamic State (IS) in Syria or Iraq.

Hamyd told Bulgarian authorities that he was only a tourist and had “no ties” to IS, but nevertheless he agreed to be returned to France.

Al-Qaeda-linked Cherif Kouachi together with his brother Said, killed 12 people at Charlie Hebdo's Paris headquarters on January 7, 2015, in the first of a series of jihadist attacks that have hit France over the past year and a half.

Hamyd first came into the spotlight in the immediate aftermath of theCharlie Hebdo attack, when he was wrongly identified on social media as being among the killers. He was taken in for questioning and later freed.