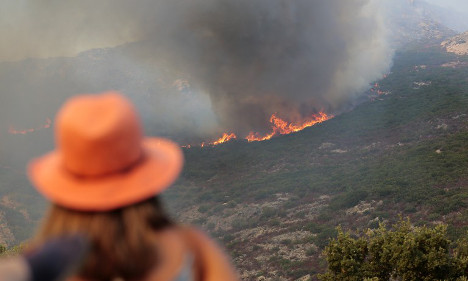 Photos: AFP
The fire, the biggest on the island all summer, torched around 480 hectares of land, fire fighters said.
It began late on Tuesday night, and throughout Wednesday and Thursday it spread closer to a small village in Poggio d'Oletta. Several homes were evacuated.
The blaze was under control by Thursday night thanks to the mobilization of “substantial” land and air emergency services, France's Interior Minister Bernard Cazeneuve said.
He praised the courage of the fire fighters, adding that nearly 200 took part in the operation, manning six water bombing aircraft.