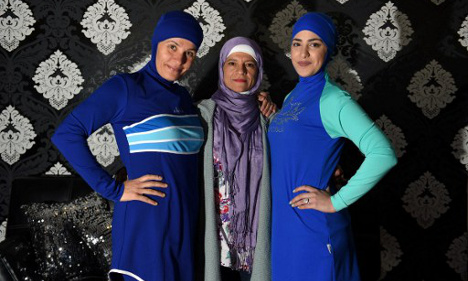 The Nice tribunal rejected an appeal by two human rights groups, ruling that the ban in Villeneuve-Loubet was “necessary, appropriate and proportionate” to prevent public disorder after a succession of jihadists attacks in France, including one in Nice on July 14th.

The burqini was “liable to offend the religious convictions or (religious) non-convictions of other users of the beach,” and “be felt as a defiance or a provocation exacerbating tensions felt by” the community, it added.

Villeneuve-Loubet, just west of Nice, was among the first French towns to ban the burqini, triggering a fierce debate in France and elsewhere about the highly-contentious issue.

So far 15 towns in the southeast, including Nice itself, have already banned the burqini including nearby film festival host city Cannes, where three women were each fined 38 euros ($43) under the ban at the weekend.

The Human Rights League (LDH), which brought the appeal with the Collective against Islamophobia in France (CCIF), announced it would appeal the decision to the Conseil d'Etat, France's highest administrative jurisdiction.

The Council “should give its ruling within (a couple of weeks) and definitively fix the matter, legally,” LDH lawyer Patrice Spinosi told AFP.

“The administrative tribunal rejected our request. It's a decision along the way and it's not really a surprise,” he added, noting that the same tribunal earlier this month upheld a burqini ban by Cannes, the first French town to impose one.