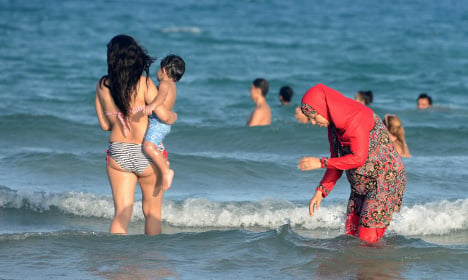 Photo: AFP
The Human Rights League (LDH) is appealing a decision by a lower court in the Riviera city of Nice which upheld a ban on the outfit by the town of Villeneuve-Loubet.
Villeneuve-Loubet, just west of Nice, was among the first of some 15 French towns to ban the burqini, triggering a fierce debate in France and elsewhere about the wearing of the full-body swimsuit, women's rights and secularity.
The Nice tribunal ruled on Monday that the ban in Villeneuve-Loubet was “necessary, appropriate and proportionate” to prevent public disorder after a succession of jihadists attacks in France, including one in Nice on July 14.
The burqini was “liable to offend the religious convictions or (religious) non-convictions of other users of the beach,” and “be felt as a defiance or a provocation exacerbating tensions felt by” the community, it added.
The ruling by the State Council, France's highest administrative court, will provide a legal precedent for towns to follow around the country.
The LDH and other rights groups believe the ban is a “serious and illegal attack on numerous fundamental rights” including freedom of religion.
One of the world's most secular countries, France strongly separates religion and public life, and overt religious symbols or clothing are considered incompatible with French values.
Islamic dress has long been a subject of debate in France, which was the first European country to ban the Islamic face veil in public in 2010, six years after outlawing the headscarf and other conspicuous religious symbols in state schools.
“It is the expression of a political project, a counter-society, based notably on the enslavement of women,” French Prime Minister Manuel Valls said of the burqini Wednesday. 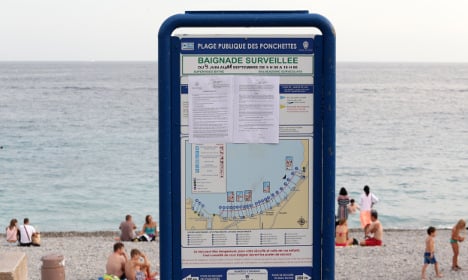 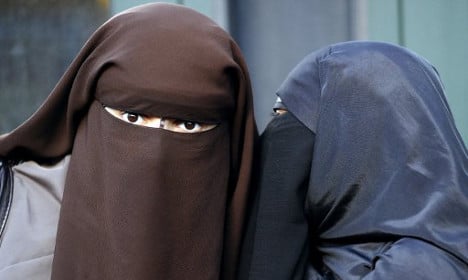