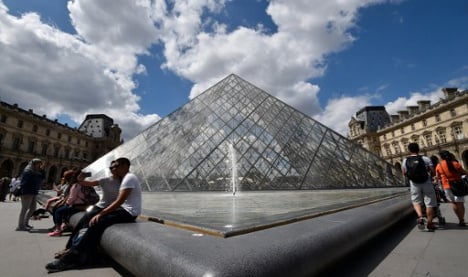 During the first six months of 2016, tourist visits in the Ile-de-France region were down by 6.4 percent compared to 2015; that amounts to one million fewer visitors, and a €750 million loss.

Terror attacks, constant strikes and floods have all contributed to keep visitors away, and in the statement released on Tuesday, the head of the region's tourist bureau called for the government to help the industry.

“It's time everyone is aware of the industrial catastrophe which the tourism sector is going through,” Frédéric Valletoux, president of the committee, said.

“It's no longer the time for communication campaigns but for an ORSEC plan to be put in place,” he added, referring to the emergency plan which is put in place by the government to deal with different kinds of crises, including natural and industrial disasters, when local funds are not enough to cover expenses.

Valletoux also called on France's foreign minister Jean-Marc Ayrault to meet with Parisian tourism professionals. Commenting later in the day, Ayrault said that tourist arrivals had dropped by seven percent across France as a whole.

Tourism is the biggest industry in the Ile-de-France region, accounting for 500,000 jobs.

Figures earlier this month suggested that the whole country has seen a similar drop in tourist visits, with wealthy tourists in particular shunning France for alternative destinations – however, France remains the most visited country in the world. Tourism accounts for seven percent of the national GDP, and 13 percent of that amount is generated in Paris and the surrounding area.

Hotel stays in Paris dropped by 11.4 percent between January and June compared to last year, the figures show; a more significant drop than the rest of the country, which saw an 8.5 percent decline on average.

Meanwhile, some of the city's most famous monuments have seen a notable decrease in footfall; the Grand Palais reported a 43.9 percent decrease in visitors compared to the first half of 2015, and the Arc de Triomphe saw a 34.8 percent drop.

Certain nationalities have apparently been particularly shaken. “The attacks partly explain these disappointing trends. The perception of risk has an influence on some clients, notably the wealthiest or those from Asia,” said Ayrault.

The sharp impact of terror attacks on the French tourism industry has been a worry for months now. Even the Magic Kingdom has felt the hit, with Disneyland Paris reporting a sharp drop both in visitor numbers and sales figures.

And fears over inadequate security – particularly after the attack on Nice in which a truck drove into crowds at a public event – have seen numerous summer events cancelled.

In addition to the terror threat, images of flood-ridden streets – the result of 50 more days of rain in the second quarter compared to normal levels – and public-sector strikes also damaged France's image worldwide.

READ ALSO: To boycott France is to surrender to terrorists