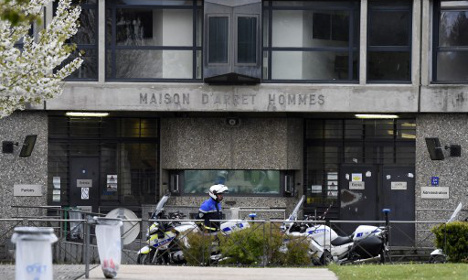 All of those who were moved – who had been identified as the “ringleaders” of the network – were either under surveillance for radicalization or thought to be at risk for radicalization, according to the Journal du Dimanche.

“We decided straight away to move them to other institutions,” a spokesperson for the Fleury-Mérogis prison, located in the southern suburbs of Paris, told the JDD. Most of the prisoners are understood to have been moved to other institutions within the Paris region in July.

Prison authorities were not able to confirm what the plans of these radicalized inmates were, however they denied that there was evidence of any “developed project” involving “mutiny” or “taking control” of part of the prison, which is one of Europe’s largest.

The only surviving member of the group of the attackers which Paris on November 13th, Salah Abdeslam, is being held at the institution, which houses over 4,500 prisoners, despite being built to hold fewer than 3,000.

However, a spokesperson said there was no suggestion of a link between Abdeslam and this group. “No contact with him is possible,” they confirmed.

Abdeslam, who was arrested in Brussels after four months on the run, is kept in solitary confinement under 24-hour video surveillance.

Following the discovery, all French prisons and detention centres have been warned to be alert to the possibility of radicalized networks being formed in prison. A note sent out to prison officials, seen by Le Figaro, reminds them of the protocol for dealing with those prisoners, with a focus on solitary confinement and separating those suspected of collaboration.

POLITICS
What is ‘Kohlantess’ and why is everyone in France talking about it?
Url copied to clipboard!