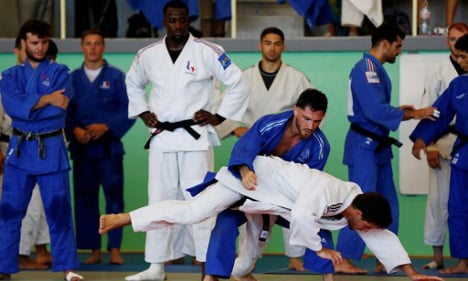 “There is fear everywhere,” Lassalle said to Le Figaro newspaper.

“That leads some people to go around with a knife. But with martial arts, you develop self-control and learn to defend yourself peacefully.”

Lassalle recently split from the Democratic Movement or MoDem party, of which he was vice-president, in order to run in May's presidential elections.

He bemoaned the lack of media interest in fringe candidates, telling Le Figaro: “It does me good to talk to you; no national media has called me recently,” and saying he was focusing on ensuring that he was not viewed as a “puppet” candidate.

So far, Lassalle, who has represented the fourth constituency of Pyrénées-Atlantiques in France's National Assembly as a deputy since 2013, has collected 300 of the 500 mayors' signatures needed to run in the election.

He said the mayors were “passionate” about his campaign and had told him that they “didn't want any of the scumbags” in office, referring to the better known presidential candidates.

The other proposals outlines in the interview included compulsory civil service which would also see participants receive a free driving licence from the state, as well as making sure children learn how to write correct French, defending the apprenticeship scheme, and “rebuilding the State.”

In France, Lassalle is best known for a six-week hunger strike in 2006 in protest of a factory closure, as well as for singing an Occitan song in the National Assembly in protest of a perceived slur on one of the towns in his constituency.