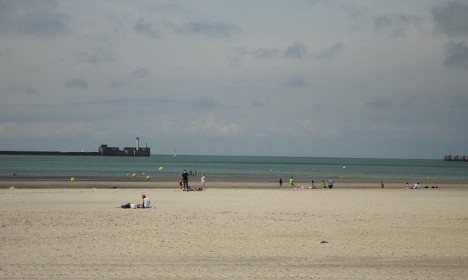 Photo: Sminkers/Flickr
The boy went missing at around 6.30pm in Boulogne in northern France while swimming with his two brothers at the beach.
The two brothers, aged 8 and 10, escaped the strong currents unharmed, reported the La Voix du Nord newspaper.
They were able to alert passersby to the fact that their older brother was still in the water, although rescuers were unable to spot him.

Emergency services were quick to the scene, with helicopters and a team of divers searching for the boy into the night.
The search has continued into Tuesday, although search teams fear the worst.

One spokesperson told the paper that conditions suggest the boy could only have survived up to three hours in the water.
The spokesperson said that there was “no hope” of finding the boy alive, reported the paper, as teams scoured the coastline for the child's body.
The parents of the missing boy and the two children were treated in hospital for shock.
Officials did not identify the boy or say where he came from in Britain. The boy went missing off the coast of Boulogne, not far from Calais in northern France. Photo: Google Maps
Url copied to clipboard!