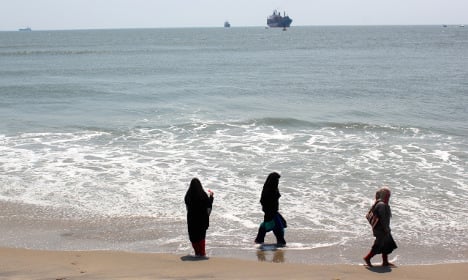 The judge noted that the Cannes ban had been declared "in the context of the state of emergency and recent Islamist attacks, notably in Nice a month ago". Photo: Nagarjun Kandukuru via Flickr

Local authorities in the Riviera city, home to the famous Cannes film festival, moved to ban burqinis from beaches at the end of July.

The nearby resort of Villeneuve-Loubet followed suit on Saturday.

Three women backed by the Collective Against Islamophobia in France (CCIF) challenged the Cannes decision in court on Friday, saying it was illegal and calling for it to be suspended.

But a court in Nice rejected the request, saying the move was legal under French law forbidding people from “invoking their religious beliefs to skirt common rules regulating relations between public authorities and private individuals”.

The judge noted that the Cannes ban had been declared “in the context of the state of emergency and recent Islamist attacks, notably in Nice a month ago”.

“The wearing of distinctive clothing, other than that usually worn for swimming, can indeed only be interpreted in this context as a straightforward symbol of religiosity,” the ruling said.

CCIF lawyer Sefen Guez Guez said he would appeal the decision before France's highest administrative court, adding: “This decision opens the door to a ban on all religious symbols in the public space.”

Anti-racism groups have expressed outrage at the burqini bans, which come at a highly sensitive time following a series of jihadist attacks in France.

Islamic dress has long been a hot-button issue in secular France, where the full-face veil is banned in public places. But there is no ban on wearing religious symbols or clothing.