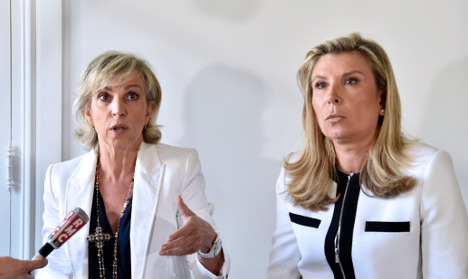 Jacqueline Sauvage received a pardon from President Francois Hollande in January for the 2012 killing of her husband Norbert Marot, a violent alcoholic who she said raped her and her daughters.

She was sentenced to 10 years in prison in 2014 for the murder of her husband who she shot three times in the back a day after their son hanged himself.

More than 400,000 people signed a petition demanding the release of Sauvage, 68, who has become a symbol of the suffering of domestic abuse victims in France.

On Friday, Sauvage's lawyers Nathalie Tomasini and Janine Bonaggiunta declared themselves “in shock” after a court in Melun, south of Paris, refused to grant her conditional bail.

At a news conference, they accused magistrates of refusing to release Sauvage because “the presidential pardon was highly resented by the whole profession”.

Sauvage's lawyers told AFP that the court in its decision had expressed concern that her return to her old neighbourhood might encourage people to see her as a victim rather than a convict “given the support around her and the media coverage”.

The court's decision not to release her prompted an outpouring of criticism, with Paris Mayor Anne Hidalgo describing it “incomprehensible”.

Several feminist groups also expressed outrage, denouncing the ruling as “patriarchal” and a rebuke for women living with domestic violence.