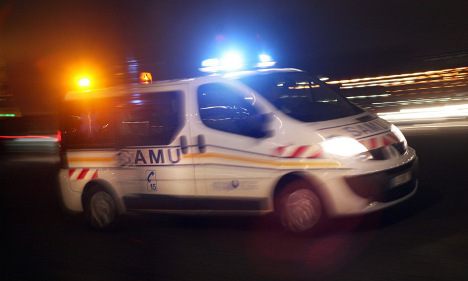 Photo: AFP
The woman, who was in her twenties, was in the car with two other people when the accident occurred late on Wednesday night.
They were driving along a road in Sainte Maxime, in southern France's Var département on the French Riviera.
The American man behind the wheel reportedly swerved to avoid another vehicle, prompting the car to roll “several times”, the French media reported.
The car came to rest in the middle of a bridge, reported the local Var Matin newspaper. Photo: Google Maps
The two female passengers, both Swedes according to Le Parisien newspaper, are understood to have escaped major injuries from the crash.
However, in their attempts to avoid being hit by any incoming traffic, they both hopped over the road's railings, not being able to see in the dark that there was a drop of 10 metres on the other side.
The Swedish woman died as a result of the fall while her female companion survived without serious injury after having fallen on some kind of vegetation.
The driver was taken into custody while police investigate whether alcohol or drugs were involved.
The relationship between the trio remains unknown, although the Europe 1 channel reported that they met the driver at a party.
Url copied to clipboard!