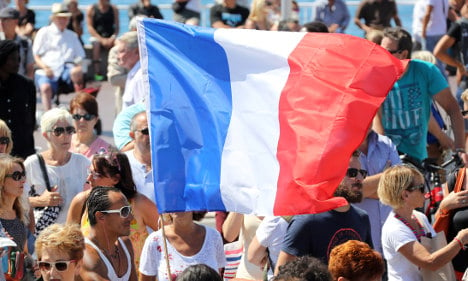 An article demonstrating how tourists were turning away from France in light of the terror attacks, strikes and protests, has prompted many readers of The Local to urge concerned visitors not to give in to their fears.

Many readers were defiant, insisting that the actions of a tiny number of terrorists, no matter how horrific, would not prevent them from coming to France.

Mark Gillman said: “We were in France when Nice and Rouen happened. We’re going back for all of September – to boycott is to surrender to terrorists.”

Ilene Jacobs added: “On my way as usual in December. Not giving in to terrorists.”

It has to be said that the French government has hardly helped convince readers to come by talking of the country being at war and subsequently cancelling numerous summer events, which could give the message that France was closing down until further notice.

But many readers stressed the dangers of everyday life far outweighed those that come with visiting France at a time when it is a target for terrorists.

@TheLocalFrance in Nice right now with family+ my Niçoise wife.Seems to be as many tourists as ever and I'm damn proud to be one of them!!

Rick Nielson said: “Getting out of bed in the morning is a risk. Driving to work is a risk. Jogging in the park is a risk. Our days are filled with managed risks. Although the spotlight is on France right now, visiting Paris next month is a risk I am definitely willing to take.”

Amy Pritchard added: “Just back from Nice and it was fab, vibrant and full of joy. My sister is going to France next week and we are planning a trip to Lyon soon. Life is full of risk, you're much more likely to die crossing the road.”

And Sue Thompson said: “What is wrong with people? Fact, it could happen anywhere, fact, there is more chance of being damaged in a car accident anywhere than being attacked by a terrorist in France.”

Tim Neal pointed out the dangers that exist in the US compared to France: “There is a higher probability of being shot walking down the street in the US than being caught in a terror attack in France.”

Reader Ralph Stalker stressed that other countries had been targeted by terrorists in the past but noted that the fear they generated may not have been on the same scale.

“The UK suffered for decades with the bombings by the IRA, Germany with the Baader Mainhof, Spain and France with the ETA, Corsica with the FLNC, there has always been terrorism in Europe, there just wasn't the same social media platforms to publicise it,” said Stalker.

“Live your lives in fear of what might happen, then you will never do anything with your life.”

Others pointed out the positives of visiting France right now.

With tourists staying away hotels are being forced to drop their prices and trying to get a room is not so difficult anymore.

“So will I finally be able to stay at the Ritz!? Sweet!” said KR Chartrand.