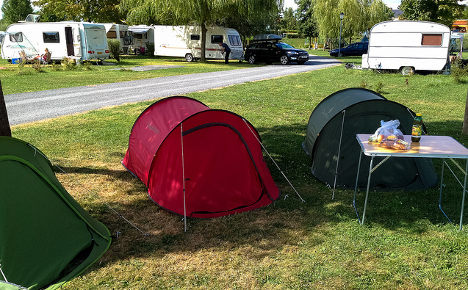 Police in southern France have launched a manhunt after the parents of a Dutch girl aged 8 reported that she was sexually assaulted in her tent at night.

The girl was on holiday with her family at a campsite in Saint-Alban-Auriolles in the Ardeche region of southern France, which is popular with holiday makers from both France and abroad.

The incident comes at the height of the summer season when campsites in the area are packed with holidaymakers.

According to reports the girl was sleeping alone in her own tent on Monday night when her screams were heard, prosecutors in the town of Privas told AFP.

Details of what happened are unclear as the girl had yet to be interviewed by police but reports in the French press say a medical examination carried out showed signs that she had been physically molested.

Local Gendarmes – paramilitary police – were sent to the scene along with backup from Grenoble.

In total around 30 officers were involved in the hunt for the suspect.

The incident brought back memories of the spate of campsite rapes that occurred in the Ardeche area between 2010 and 2012.

The sexual assaults also took place at night time with young girls aged between the age of six and 17. A Dutch girl and other tourists were among the victims.

The attacks shocked the community in the normally idyllic corner of France, which receives around 270,000 visitors each year, a quarter of whom are from abroad.

Campsites were forced to step up security until police finally tracked down the attacker.

Sébastien Dutheil, aged in his 30s, was sentenced to 14 years behind bars. He remains in prison.