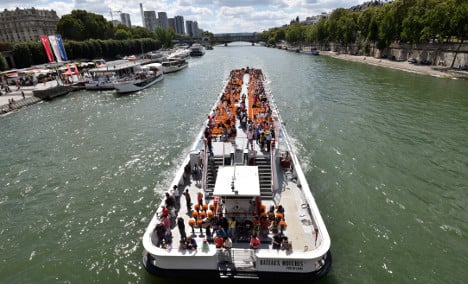 August 15th is one of the biggest weekends for tourism in France. It’s the height of the summer holidays and a long weekend which pretty much guarantees everyone who can get away will do.

It’s a date that those who work in the tourist industry look forward to, but far less so this year as hotel owners, museum managers and restaurant workers all know that many of the usual visitors will stay away.

The impact of three terror attacks and several other small scale but nevertheless shocking murders have had a huge impact on reducing people’s appetite for coming to France.

The figures tell the story:

That’s the fall in the number of foreign visitors to Paris since the start of 2016 according to stats from the Tourism Office in Paris. Between January and July 10th, arrivals to France by air were down 5.8 percent, and down 11 percent to Paris. That’s the drop in the number of flights booked to France by American visitors in the last week of July. The fall was even bigger in the number of flights booked to France by British visitors for the last week of July.

Disneyland Paris has not been spared a drop in the number of visitors to France with an 11 percent fall between April and June this year. That’s the drop in the number of hotel reservations in Paris in the first six months of 2016 compared to the same period in 2015. Revenue per room for five-star Parisian establishments had been up nine percent before the Nice attacks, but by July 28 was 45 percent below the norm, says the main hoteliers' union Umih's Prestige offshoot — which adds that Chinese demand has been sorely affected.

That reflects the drop in the number of people attending the Bayonne festival at the end of July compared to last year. The festival was held amid tight security coming just two weeks after the Nice truck attack.

That’s the drop in the number of visitors checking in on the Arc de Triomphe, Notre Dame and the Louvre in Paris in the first six months of 2016. The Grand Palais in Paris was also hit by a 15 percent fall in visitors. That’s the fall in the number of group visits heading to the famous Fontainebleau Palace this year compared to last year.

That’s the fall in the number of Japanese visitors popping in to see the famous Chateau Chambord in the Loire Valley. The site has seen a 6 percent overall drop in visitor numbers. For anyone thinking about cancelling their trip first read the link below.
France IS still France, whatever Donald Trump says And then click on this link and you will be ready to make the trip.
21 photos to make you want to come to France right now