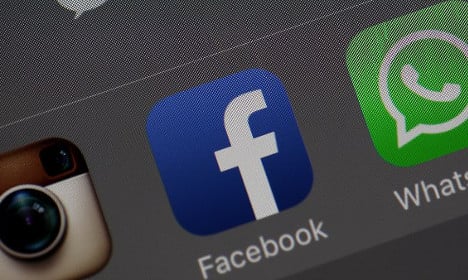 Photo: AFP
Eric Ciotti, who represents the département of Alpes-Maritimes in the National Assembly, started the debate last week when he told the Nice Matin newspaper that the internet should be more “controlled”.
“I propose it be made compulsory for social networks to verify members’ identities. So if anyone wants to open an account on Twitter, Facebook or Snapchat, they would have to show some form of identity to the site while signing up,” he said.
“People will be able to have pseudonyms, but if they broke the law then authorities would be able to know who was behind the account within minutes.”
He acknowledged that the idea wasn’t some kind of “miracle cure” but said he considered it to be a “first step” measure.
The idea would potentially help stem the flow of Jihadist propaganda.
“After every attack we see hundreds or thousands of online messages that are anti-France or that glorify the terrorists,” he said.
Paris-based internet rights group Quadrature du Net dismissed Ciotti’s comments in an interview with Metro newspaper.
“If one wants to identify people or authors of illegal content, there are already judicial procedures in existence,” a spokesperson told the paper, adding that the idea was “completely idiotic”.
The spokesperson added that the move could potentially make life dangerous for people who need to operate online anonymously, and what’s more, would be unlikely to stop terrorists.
“Terrorists would just find another way, another network. These solutions and too simplistic, unnecessary, and completely opportunistic.”
France’s most recent high-profile case involving the internet and terrorism came just a day ago, when a 16-year-old girl was remanded in custody after she was accused of planning a jihadist attack in France.
The teenager was charged with “criminal conspiracy with terrorists” and “provocation to committing terrorist acts using online communication”, the source said on condition of anonymity