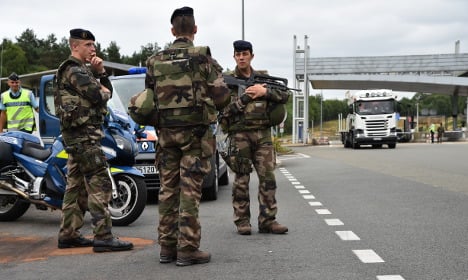 A French court on Monday remanded in custody a 16-year-old girl accused of planning a jihadist attack in a country on edge following a series of brutal terror assaults, a judicial source said.

The teenager was charged with “criminal conspiracy with terrorists” and “provocation to committing terrorist acts using online communication”, the source said on condition of anonymity.

Even at her young age, the “highly radicalised” girl was an administrator of a group on the encrypted messaging app Telegram.

“She relayed numerous Islamic State group propaganda messages calling for attacks, and she also expressed her own intention of taking action,” a source close to the investigation said.

Apparently intelligence services identified the girl after a “very worrying” message was posted on the Telegram app.

The girl, with no criminal record, was taken into custody last Thursday, during an anti-terror sweep in the Paris suburb of Melun.

The security forces then raided her family home, but found neither explosives nor firearms there.

“At this stage in the probe, investigators have not identified a planned target,” the source said, adding that the girl's phone and computer have been seized.

No one has else has so far been arrested in connection with the probe.

On July 26, two 19-year-olds stormed a church in the Normandy town of Saint-Etienne-du-Rouvray and brutally murdered an elderly priest.

The two attackers had pledged allegiance to IS.

On July 14, a 31-year-old Tunisian rammed a 19-tonne truck into crowds of people celebrating Bastille Day in Nice, killing 85 and wounding more than 400.

A state of emergency was declared in France after the November 13, 2015 IS attacks in Paris that left 130 people dead.

That coordinated assault plunged the country into shock less than a year after the January 2015 attack on the Charlie Hebdo satirical magazine and a Jewish supermarket.