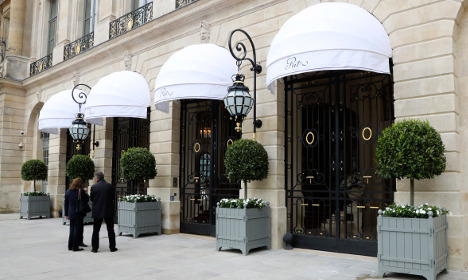 It is perhaps inevitable that many of the millions of visitors to France would change their travel plans after repeated terror attacks.

Overall since the start of 2016 the number of nights spent in France by foreign visitors has dropped by 10 percent. And things are not looking too bright for the months to come with travel data company ForwardKeys saying international flight bookings are down by 20 percent for August and September.

Reports in France say it is the wealthiest visitors, particularly those from the US, the far East and Gulf countries that have decided to visit somewhere else this summer.

France’s secretary of state for tourism Matthias Fekl said the wealthy tourists from those three regions “strongly reacted to the attacks and with the plush hotels suffering more (than the others).”

Normally France is visited by around 3.2 million Americans each year.

Paris and the Ile-de-France region around the capital have missed out the most from the drop in wealthy visitors.

Tourism authorities in Paris have said the visits by Japanese tourists have dropped 56 percent.

Many in the travel industry stress that violent protests in Paris and regular strikes have also acted to put tourists off coming to France. Fekl insists however that despite hordes of visitors turning their backs on France the country remains the most visited in the world.

In 2015 France welcome a record 85 million visitors despite two devastating terror attacks taking place on French soil. The next most visited country was the United States with 78 million tourists.

The French government is trying to do what it can to boost its tourism industry, which is so important for the country’s economy.

Days after the Nice attack Fekl announced measures to try to boost the tourism industry in the south east of the country which were mainly financial and allowed businesses to delay repaying loans and tax deadlines.

An investment fund of one billion euros has also been set up to fund a modernisation of the tourism sector.

Some 75,000 people are employed in tourism in the south east of France alone.

However the French government’s call for mayors to cancel events and shows has not helped boost the industry.

Several big events including the Lille flea market (Braderie de Lille), which normally attracts some three million visitors, have been called off over security fears.

Many argue the government’s stance is a victory for terrorists while admitting defeat for France.

Officials argue that security is paramount.

But with the President François Hollande repeating the message that “France is at war” with terrorists it may be years before all those lost tourists are confident enough to return.