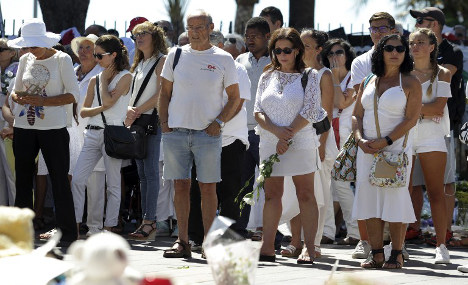 Around 1,000 people on Sunday dressed in white to attend a minute of silence held for the victims of the Bastille Day attack in the city of Nice, southeastern France.

Local authorities gave the go ahead for the privately arranged gathering after having previously banned a march on july 31st due to security fears.

Eighty-five people were killed and many were wounded after a jihadist ploughed a 19-tonne truck into a massive crowd celebrating Bastille Day, along the famous Promenade des Anglais

More than 400 others were injured.

The names of the long list of victims were read out and those present held a minutes silence as well as applauded for a long moment.