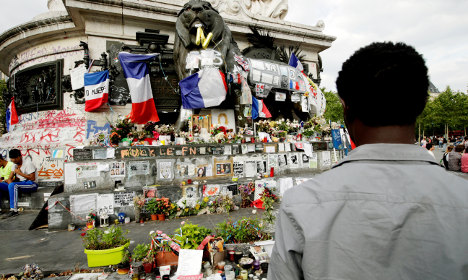 There have been several terrorist attacks in France over the last 18 months. Photo: AFP

“Malian national Moussa Keita was expelled to his homeland yesterday bringing to 81 the number of expulsion measures taken since 2012,” the ministry said.

The ministry said Keita was expelled Friday on his release from jail after serving “a heavy sentence for common law offences”, the ministry said. Those included armed robbery, according to a source close to the case.

The source also said Keita had indicated interest in joining the jihad in Syria and Iraq.

On Thursday, France had expelled Algerian Abdelkrim Mostefai on suspicion of links to jihadist networks, according to a police source.