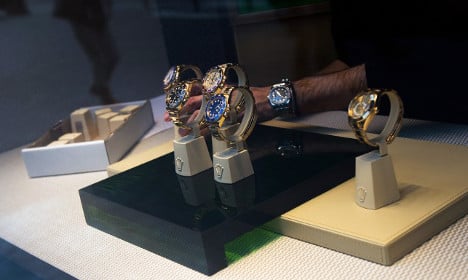 File photo: AFP
The violent robbery took place in the central second arrondissement of Paris on Thursday, police sources told Le Parisien newspaper.
The victim, a female member of the Saudi royal family, reported the matter to local police. She was not hospitalized after the robbery.
She said she was “violently robbed” by two men who immediately fled the scene.
They took what the police source described as a watch by Swiss brand Richard Mille. She told police the value was around €1 million.
An investigation has been launched by the Brigade de Répression du Banditisme (BRB), which deals with armed robberies.
The assailants are still on the run.
The robbery marks the second high-profile incident of its kind this week, after thieves pounced on a busload of Chinese tourists near the Charles de Gaulle airport on Monday.
Around six assailants sprayed teargas on the tourists and made off with their luggage, police and rescue services said.