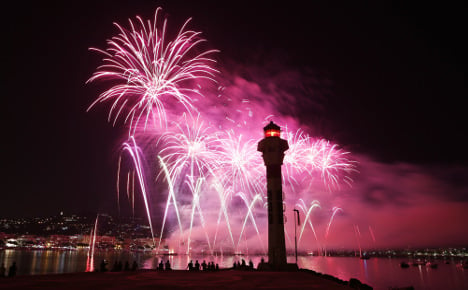 These are incredibly tough times for authorities in France.

After each terror attack the government and president vow defiance and promise the killings and horror won’t change France.

But clearly fearing further loss of life the powers that be have then encouraged local authorities to, if needs be, cancel events, many of which have held a treasured place on the country’s cultural calendar for years.

The latest one to bite the dust was the annual Braderie de Lille – Europe’s biggest flea market – and a major draw for the northern French city with two million visitors expected.

“We have really tried our best, but there are risks we cannot reduce,” said Lille’s Mayor Martine Aubry regretfully.

When Aubry says it was a painful decision to make you know she would have agonized over a cancellation that will be a big blow, not just to morale but to the local economy.

You certainly wouldn’t want to be a local official in France right now.

Memories of the horrific truck attack in Nice after the Bastille Day fireworks will remain scarred in the memory of not just officials and police in the French Riviera city but of those across France whose job it is to decide if similar shows go ahead.

The Town Halls of the likes La Baule, Avignon, and Cannes would have desperately wanted their annual August 15th fireworks shows to go ahead as normal, but they no doubt feel a responsibility to protect local citizens and have had to scrap them.

There are also the messages coming down from the government urging officials to err on the side of caution.

Interior Minister Bernard Cazeneuve has told them that if security cannot match the threat level then pull the plug.

And if officials in towns and villages across France needed the message ramming home then Defence Minister Jean-Yves Le Drian did the job this week with the words: “We are at war. Everyone has to understand that we are in this situation and that it brings constraints.”

On the one level after what happened in Nice, it feels perfectly understandable.

Yet after all the defiant talk of “not letting the terrorists win” (of course no one wins in all of this) you can’t help think that Isis chiefs will be rubbing their hands in quiet satisfaction at every cancellation of each fun festival or event and the negative impact on our morale and the country's already struggling economy.

The head honchos in the Middle East based terror cult do not just count their victories in terms of the death toll of each attack but on the overall impact of those murders on the shaken country through the fear they generate.

But what can France really do?

Maybe they are right to cancel the event in the hope that by next year, either the threat will be reduced or security and intelligence measures improved. But if as the experts say the jihadist threat will last for years then we can expect the summer cultural calendar to take a long term hit.

One argument is to provide as best security as possible then leave it up to the French public to decide. Plus the government want us to become tuned in to the threat and play a part in fighting it, but calling off events just shelters us

There has been a lot of talk about the Paris Plages – the Paris beach festival – being targeted, but it has gone ahead as planned.

Anyone who has been down to the Seine will attest to the number of soldiers and armed police on duty, but at least it is on and thousands have dismissed their fears to attend.

We know by now that if an individual decides to take up the terrorist cause there is no shortage of targets even if all fireworks shows across the country are cancelled.

If the July 14th fireworks in Nice had been cancelled we can only presume that Mohamed Lahouaiej Bouhlel, the 31-year-old Tunisian who killed the 85 revellers, would have found another way to satisfy his desire to kill in the name of Isis.

Authorities did not order bars to close after the November attacks or music concerts to be called off and rightly so. They also haven't ordered churches to close their doors to worshippers in the light of the murder of Father Jacques Hamel near Rouen.

Metros, buses, trains run as normal despite the threat. The Eiffel Tower and the Louvre remain open as do the country's packed beaches.

Many on Twitter joked that France would soon cancel “La Rentrée” in September because it could not guarantee security at schools.

While you can only sympathise with French officials it does feel like cancelling events is the wrong response and it certainly won’t make the threat go away.