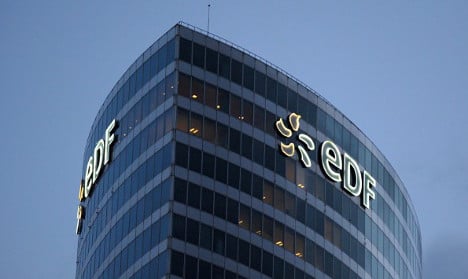 French energy giant EDF learned the British government wanted to delay its final decision on the Hinkley Point nuclear power plant the day before its board met to approve the plan, according to an email from its CEO seen by AFP.

But the British government immediately said it would wait until the autumn before taking a final decision.

In an email to EDF's executive committee, CEO Jean-Bernard Levy said he learned “late on the evening of Wednesday 27” that British Prime Minister Theresa May “was asking for a little more time, without reassessing the project, without giving the date when it could be signed,” and “that she would not discuss the matter”.

“We therefore cancelled the preparations for the signature (ceremony),” he wrote in the email, sent on Tuesday evening.

A ceremony to sign the deal on Hinkley Point had been planned in Britain on July 29, the day after the EDF board met to approve it, Levy said.

“So when the board voted, the afternoon of Thursday 28, we knew the ceremony would not go ahead the next day,” he wrote.

But he said the company was not aware of the content of the British government's statement issued in the hours after the EDF board decision.

Britain's business and energy minister Greg Clark said the government would “consider carefully all the component parts of this project and make its decision in the early autumn”.

May must approve the deal before it can go ahead.

The French government has been keen to get Hinkley Point approved as it sees the project as crucial for the long-term viability of France's nuclear industry, which employs 220,000 people.

Previous British governments have also been in favour because the reactors will cover up to seven percent of Britain's electricity needs while helping the government meet its CO2 emissions targets.

But British support is not unanimous, and criticism focuses on the growing difference between an electricity price guarantee for EDF, subsidised by the British taxpayer, and current falling energy prices.

There have also been national security concerns about Chinese involvement in the project — Beijing has a one-third stake in the plan. 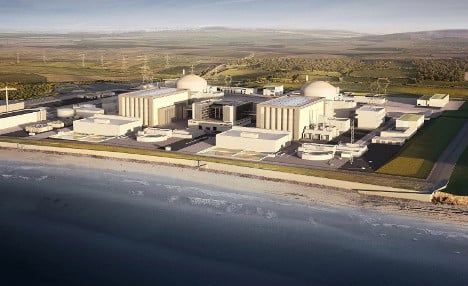 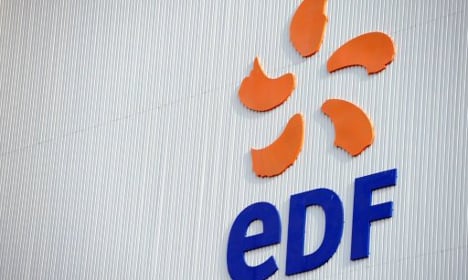 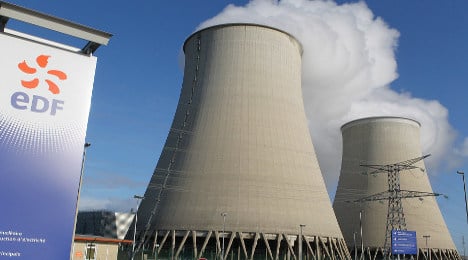 “If there is a need to recapitalize, we will do so,” Macron said during a visit at the Civaux nuclear station in central France.

“If we need to forego dividends again, we will do so,” he added.

EDF, 84-percent owned by the French state, has reportedly asked the government to help it finance a contested plan to build a next-generation power plant in Britain.

French leaders have publicly thrown their support behind the £18-billion ($26 billion, €23 billion) project at Hinkley Point in southwest England despite the growing concern over its price tag, which reportedly prompted EDF's finance chief to quit.

Funding that scheme comes on top of EDF's existing debt pile of more than €37 billion as it seeks to overhaul its French nuclear plants as well as finance the takeover of the reactor arm of struggling nuclear giant Areva.

“We will all make an effort. The government as shareholder has started doing so,” Macron said, acknowledging that the government had been “too short-termist” in its dealings with EDF in recent years.

But a source close to negotiations between EDF and the government told AFP that the utility's chairman, Jean-Bernard Levy, is also pushing the state to accept a capital increase to cover Hinkley Point expenses. “That is the only solution to finance this kind of project,” the source said.

Such a cash call would have to be for at least five billion euros, said Alphavalue analyst Juan Camilo Rodriguez, enough to cover EDF's cash flow needs for the next three years.

But that would still leave a question mark over EDF's longer-term future in the face of falling electricity prices and losses in income from France opening up its energy markets to competition, analysts said.

As the French government is strapped for cash, it will lean towards solutions that don't involve handing out money, like converting dividends into stock for several years to come, analysts said.

Another such option would be the partial sale of EDF unit RTE, which manages energy transmission. Analysts at brokers Natixis said recently that the sale of 25 percent in RTE would net EDF around €3.5 billion. 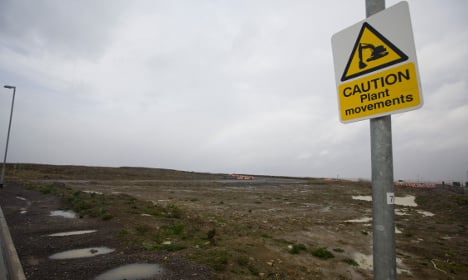