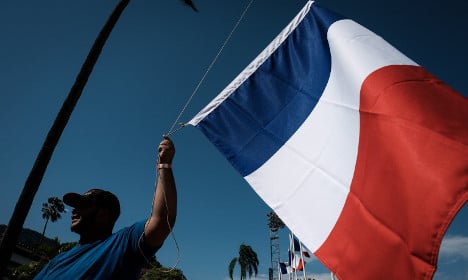 The French, they say, are highly sensitive to criticism about their country when it comes from a foreign source, especially an American or British one.

So too, it seems are many expats who have made France their new home.

You do meet expats who dont have a good word to say about France and who make you think 'Why don't you just go home'. But equally there are those who refuse to hear a bad word against it spoken by anyone of foreign tongue.

And one theme we have noticed over the years is whenever any writer presents a negative view of France, many expats enjoying La Belle Vie in France are quick to pounce.

There was a similar reaction by some on Wednesday when The Local published a blog by an American expat living in Lille about how her positive opinion of France had changed over the years, much to her regret. The Local has also come in for criticism in recent years whenever some readers have detected an overly negative tone about France.

After one article, a reader suggested we should not criticize France at all because we are “guests” in their country.

But expats, immigrants, foreigners in France – whatever you want to call us – are not “guests” like at some dinner party. They are co-hosts, fully invested in the meal and have a stake in the cutlery, well at least the dessert spoon.

Yes it’s only polite to mind your manners and be sensitive, but we can still complain if the food is cold.

Some have taken French nationality, some have kids in French schools, most pay taxes, contribute to the French economy, help sustain French villages, help teach English to French youngsters.

They don’t go home at the end of the night and let the hosts clean up, they take part in it themselves and so can say what they want.

After that then it all comes down to what and how they say it, and some are more qualified than others to say it, while others are simply better at saying it.

Granted there has been some gratuitous and needless French bashing over the years, not least by the British tabloid press and Boris Johnson.

Di Giovanni slagged off the country’s high taxes in a cliché-riddled diatribe, and also took aim at the price of milk which she claimed was €3 a litre.

Rarely has a French bashing article provoked such a response.

But whether you agree or not with Di Giovanni, and most didn’t, we shouldn’t be enraged just because she spoke up.

Americans in France shouldn’t be dismissed as with the argument, “Well look how screwed up your own country is!” and telling them to “Stop whining and go home” is equally ridiculous.

Many foreigners have been highly critical about aspects of French life. Education expert and Paris-based British author Peter Gumbel has blasted the French education system, the New York Times took down the French police’s culture of impunity, and a Guardian columnist has hit out at France’s secularism for shielding Islamophobia.

Indeed, often a few from afar come with fresh eyes and the benefit of perspective and a knowledge of what has worked well elsewhere, and these can’t just be dismissed as French bashing from foreigners.

Neither can a blog piece written by an American who has lived in France for three years and has clearly thought deeply about what aspects of life in France she is positive about and what others she regrets.

As for all of us, living abroad gives you a unique insight into how different countries function on a daily basis, that you simply don’t get looking from afar. It’s natural to compare and contrast, point out the negatives and the positives of which there are always numerous examples.

It doesn’t mean you are a gratuitous French basher. It just shows you care.