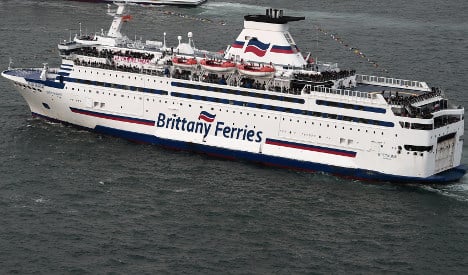 France has introduced sea patrols for passenger ferries to and from Britain, after a string of jihadist attacks in recent months that have shaken the country, a marine police spokesman said on Tuesday.

“A permanent unit has been deployed for passenger ferries since August 1,” Lieutenant Pierre-Joachim Antona told AFP.

“The marine gendarmes will carry out patrols, which will be random but regular, with the aim of securing these vessels against the terrorist threat,” he added.

Marine police deployed all along the French coastline — from the North Sea to the Mediterranean — have been tasked with contributing to efforts that began last year to secure the country's waters, in cooperation with land forces, the spokesman said.

The first such patrol took place on Monday, with French officers flown in by helicopter onto the Mont Saint-Michel ferry, just as it entered French waters from southern England at around 5:00 pm (1500 GMT), and remained on board until the vessel reached its final destination in the northwestern French town of Caen.

Antona said the armed patrols would be similar to those in train stations across France, whose high visibility helps dissuade potential attackers from striking.

France and Britain are currently in talks about expanding the patrols' mandate beyond the limits of French territorial waters.

Should an agreement be reached, French officers could be on board ferries from port to port.

British holidaymakers last week spent hours sweating in their cars as 15-hour queues snaked back from the port of Dover due to heightened entry checks by French border police.