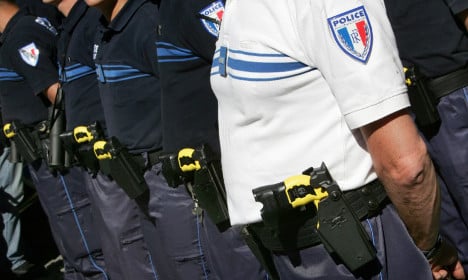 The murder of a priest in a suburb of Rouen and massacre of 84 people in Nice has prompted the mayors of many small towns across France to arm the local police.

This week the mayors of Pau, Belfort and Thonon-les-Bains were just three who have decided to allow the local municipal police to carry guns.

In France the national police and the gendarmerie carry arms and the law allows for the municipal police, a local police force, to carry arms, but the decision must be taken locally.

Until recently centrist politician and likely presidential candidate François Bayrou, the mayor of Pau in the south west of France, was reluctant to take the decision to arm police.

But after the deadly truck attack on the Promenade des Anglais in Nice, Bayrou has decided to give guns to Pau’s 35 municipal police.

“Along the Promenade des Anglais the municipal police and the national police had the same mission – to stop a crazed murderer,” said Bayrou.

“Our weapons against incivility, meaning the taser or the flash-ball, are clearly going to be worthless in stopping a vehicle.”

Bayrou’s decision came shortly after the mayors of Belfort in the east and Thonon-Les-Bains in the south east made a similar announcement.

And shortly before the Nice attack, municipal police officers in the town of Romilly-sur-Seine, in the Aube département of central France, and Saint-Quentin in northern France, were also handed arms.

Other towns including Evreux in Normandy will shortly take a decision on whether to follow suit, however the mayors of Nantes and Besancon have decided against arming local police.

The terrorist murder of two off-duty police officials at their home in the town of Magnanville in June, will also no doubt have had an impact on the decision-making of local mayors.

Following that double stabbing the interior minister gave the green light for police to carry their arms at all times, including when they are off-duty and returning home after work.

According to police unions around half of France’s 21,000 municipal police, who patrol some 3,500 local towns and villages across the country, are armed.

If a mayor wants the municipal police to be armed they must make an application to the local prefecture, who will have the final say.

However it is unlikely the prefecture would say no with President François Hollande making it clear after the attacks in November that he wanted more local police to be armed.

He told the country’s mayors that they would have access to arms and bullet proof vests stocked by the National police.

Only those officers who have passed the relevant firearms exam will be able to carry a weapon.