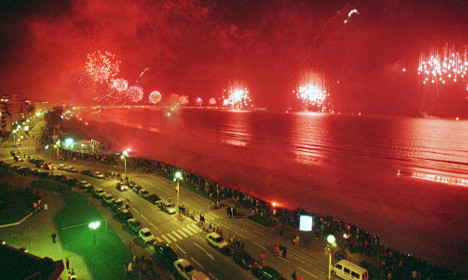 One of the lamentable impacts of the spate of terror attacks in France has been that local authorities are being forced to cancel certain summer events.

After the Bastille Day truck attack in Nice the interior minister Bernard Cazeneuve told mayors across the country not to think twice about cancelling an event if they thought security could not be guaranteed.

During a visit to Lyon, Defence Minister Jean-Yves Le Drian said France had to take the threat seriously.
“We are in a situation of war. So, for the moment, we have to forbid demonstrations if security norms cannot be respected,” he said.
“Everyone has to understand that we are in this situation and that it brings constraints.”

The list of cancelled events has started to grow.

This week Marseille announced that the air show planned to take place on august 13th has been scrapped after the city’s mayor held talks with police chiefs.

Organisers were expecting a huge turn-out for the popular show which according to police authorities would have meant security arrangements would have been complicated.

The event would have meant mobilizing a huge amount of manpower at a time when security personnel were already stretched to the limit, authorities said.

The decision to cancel the event came after two jihadists claiming to be from Isis released a video in which they directly threatened the city of Marseille.

Although it is not clear whether this played any role in the decision made by authorities.

In Brittany the mayor of the popular seaside resort of La Baule has also decided to cancel the traditional fireworks display on August 15th. Mayor Yves Métaireau said he did not want to take any risk with the public or his officials.

The fireworks display would have seen thousands throng the seafront in a similar fashion to what happened in Nice on Bastille Day.

Apart from La Baule, the towns of Avignon, Collioure, Chambery and the Riviera resort of Cannes have also cancelled their annual summer fireworks shows.

Meetings will take place in the coming days.

Police chiefs in Paris have already cancelled several events in the French capital this summer including a popular open film festival because they could not guarantee sufficient security.

Following the killing of a priest during mass last Tuesday and the Bastille Day truck attack in Nice, the French government has decided to boost the presence of the forces law and order throughout the country.

The government has vowed to protect the 56 main summer events planned in France this summer, including the Bayonne Festival and Paris Plages beach festival, in case they are targeted by terrorists.

Following a cabinet meeting with President François Hollande on Wednesday morning Interior Minister Cazeneuve said some 23,000 police, paramilitaries (gendarmes) and soldiers would be mobilized to provide a security presence on top of the usual police presence.

READ ALSO: Ten great things to do in France this August