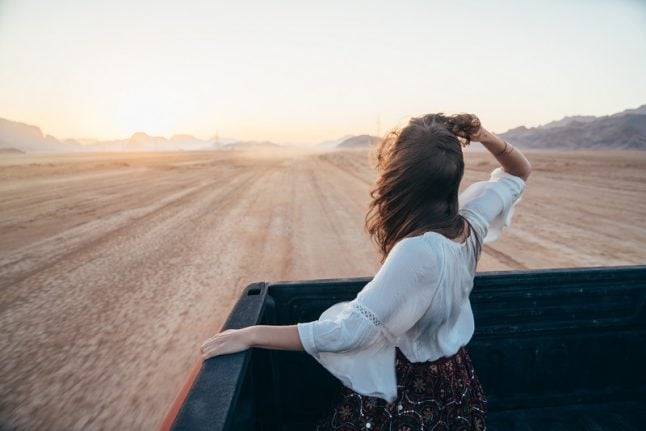 But it's a favourite of modern thrill-seekers and history nerds as well.

“Jordan has a history that few nations can compare to,” says Ike Madni

Ike, who makes his home in Orlando, spent two weeks in Jordan with his wife when their son married a Jordanian.

He’s quick to point out that the Jordanian capital exemplifies perfectly the country’s seamless blend of history, culture and modernity.

“And I have not been to another city where it was so easy for foreigners to speak with the locals. Everyone speaks English,” he recalls.

Yet Amman, a modern city boasting a population of more than 2 million, has been Jordan's capital since ancient times – a fascinating history it wears well.

The city is home to remarkably well-preserved ruins from ages past, including the impressive Temple of Hercules, the Roman Theatre, and the Umayyad Palace.

But Amman, as spectacular as it is, is just one gem in Jordan's bountiful treasure trove.

“There's also Petra, which was the capital of the ancient Arab kingdom,” Ike says.

Just a few hours south of Amman, the ancient city of Petra is Jordan's most famous tourist attraction. The city was literally carved from stone more than 2,000 years ago, and today enchants visitors from around the world with its remarkable red rock facades. Find out more about visiting Jordan

Or what about Mount Nebo, said to be where Moses saw the Promised Land before he died? Or the Dead Sea, one of the world's first health resorts and a popular destination to this day?

There's also Jerash, one of the best-preserved Roman towns in the world, and Madaba, known as the City of Mosaics – some of which date back as far as the 5th century.

For Ike, Wadi Rum was the pinnacle of his trip. The vast red desert is not only a UNESCO World Heritage site but also a common film location, featuring in blockbusters such as The Martian.

“We camped in the desert overnight in a tent,” Ike recalls. “We couldn't have imagined anything like it. We were 30 people, eating and dancing in the night around the fire. It was incredible.” More daring visitors can scale the sheer granite mountains in Wadi Rum, or ride a helicopter or hot air balloon above the surreal landscape.

Those interested in trying aerosports can team up with Jordan's Royal Aero Sports Club – founded by King Abdullah II himself – for a truly unique experience, soaring effortlessly above the very landscape T.E. Lawrence trekked a century ago.

Whether you're looking for rugged, rocky landscapes, deep-sea diving, camel rides, salty spa experiences, or modern museums, Jordan has it. “We saw extremely clean roads lined with trees on both sides, beautiful parks, gorgeous supermarkets and malls, western-style five-star hotels, and from low cost to expensive restaurants,” Ike says. “Jordan has some of the best food in the world – even outstanding sea food.”

Why limit yourself? In Jordan you can choose your own adventure.

This article was produced by The Local and sponsored by Jordan Tourism Board.