Photo: AFP
The French have got Pokemon fever, and it's starting to worry authorities.
The latest head-turning incident of Pokemon hunting gone wrong saw two teens trying to catch a hard-to-reach Pokemon by scaling the walls of a former Gendarmerie building in Saint-Hilaire, near Carcassonne in southern France.
The two were arrested, but were released when police decided it was a one-off incident.
Pokemon Go, an interactive app that's proven popular worldwide, has caused all kinds of problems in France since it was launched on Sunday, with police urging citizens to be careful after the game caused a series of accidents.
On Monday, a 22-year-old in eastern France's Besancon crashed his vehicle into a wall after attempting to catch a Pokemon while driving.
A similar thing happened on the same day in northern France's Aisne, when a woman crashed her car on the A4 highway trying to find a Pokemon of her own. No one was injured in the crash, reported Normandie Actu news site.
And Bordeaux to the west saw there were scenes of chaos when masses of players charged through a park in the hunt for a rare breed of Pokemon (see a video here).
One local police prefecture, below, tweeted out a reminder that it was forbidden to drive and chase Pokemons at the same time. “Don't lose track of reality,” it added.

Rail operator SNCF has also issued warnings to passengers, reminding them not to get on the tracks in the hunt for Pokemon.

Parisian firefighters also took to Twitter to warn the public about the risks of playing the game: “Catch them, but not at the cost of your life!” 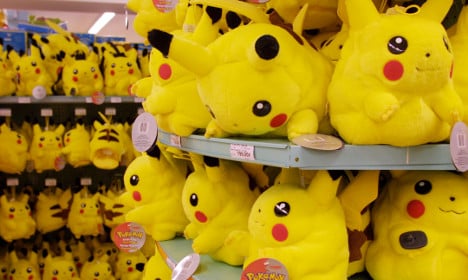 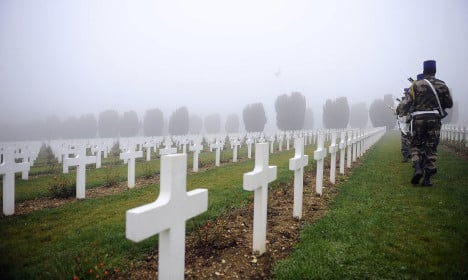 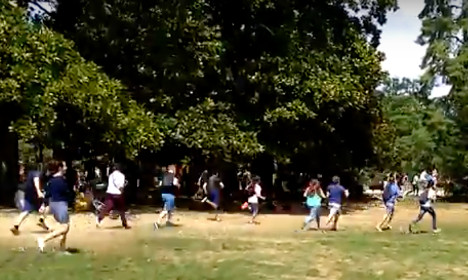 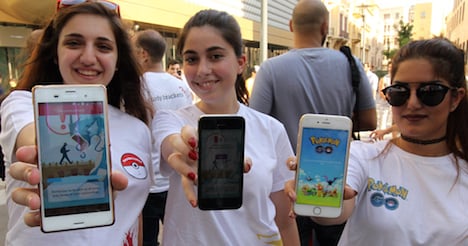