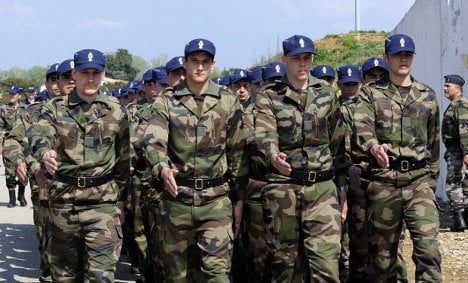 President François Hollande announced on Thursday that a new National Guard would be created from existing reserve forces.

The move comes after a spate of recent terror attacks, including the killing of a priest as he gave mass in Normandy on Tuesday and the horrendous Nice truck attack which left 84 dead.

Following the atrocity in Nice, Hollande had announced that thousands of reservists would be called up to boost the under-pressure security forces suffering from fatigue after 18 months of heightened alert and repeated attacks.

The government urged all able-bodied volunteers to come forward with the aim of boosting the current 28,000 reservists by 12,000

It called on all patriots and those who love France to join the force and according to the interior ministry around 2,500 have already answered the call.

Part of the reasoning for its creation to help engender a feeling national pride and togetherness among young people in the fight against terrorism, with Hollande and the government increasingly worried about cracks opening up in French society.

Hollande's announcement on Thursday came after a meeting with senators who had been looking into the possibility of creating a national guard.

Hollande said parliamentary consultations on the formation of the force would take place in September “so that this force can be created as fast as possible to protect the French”.

“Training methods and the breakdown of the forces of protection across the territory” are all to be defined after a consultation period.

In the Unites States the National Guard is used as a reserve military force with the majority of participants having normal civilian jobs.

In France reservists are currently obliged to spend a few days each year “on operation”.

They are allowed to take five days off work without needing the permission of their boss, but anymore than that, then their company would have to agree.

They receive a small amount of remuneration for their efforts.

France has not had a national guard since 1872.

Members of the very first one, formed in 1789 at the outset of the French Revolution over fears of a royalist coup, wore a blue, white and red rosette on their hats — the origin of the French national colours.