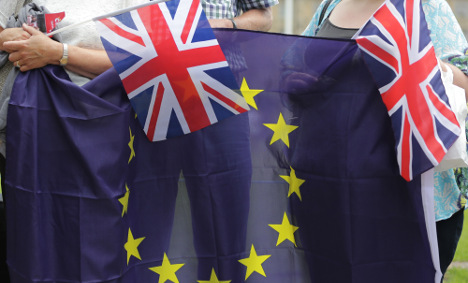 European Commission head Jean-Claude Juncker on Wednesday appointed veteran French politician and former EU
commissioner Michel Barnier (photo below) to lead the negotiations with Britain on its exit from the bloc.

“I am very glad that my friend Michel Barnier accepted this important and challenging task. I wanted an experienced politician for this difficult job,” Juncker said in a statement.

“I am sure that he will live up to this new challenge and help us to develop a new partnership with the United Kingdom after it will have left the European Union.” Barnier held the key financial services portfolio from 2010 to 2014, spearheading efforts to tame the eurozone debt crisis which nearly brought down the single currency project and put the banking system back on track.

He was also a key architect of the EU's new banking union, whose creation often put him at loggerheads with the City of London.

He previously served as EU commissioner for regional policy and had stints as both French foreign and agriculture minister.

Barnier tweeted he was “honoured” by the appointment, which he will take up on October 1.

'UK won't get everything it wants'

France itself has warned the UK that it wold not be able to get everything it wants when it comes to Brexit negotiations with the EU.

When British PM Theresa May visited Paris for talks with French president François Hollande last week she was told the UK could have entry to the free market without accepting freedom of movement.

Access to the single market cannot be guaranteed unless free movement of workers is respected,” said Hollande.

Christophe Premat the MP who represents French nationals in the UK told The Local the UK is unlikely to get an easy ride during Brexit talks.

“Of course Britain will come to an agreement with the EU, but the French government does not want the UK to have all the benefits of being in the EU, without actually being a part of it,” said Premat.

“It's important to complete Brexit as soon as possible, partly because it's important to respect the vote,” said adding that the strong bilateral relations between Britain and France will stand the two countries in good stead when it comes to negotiations.

Diplomats close to Hollande also suggested the emphasis is firmly on the UK to deal with the fall out of the June referendum and will not get everything it asks for from Paris.

“The pressure is on Britain. It has put itself in this situation,” a French diplomatic source told AFP.

The diplomat said Britain could not get a custom-made agreement on its future relations with the EU.

“That is not possible. It has to choose between existing options.”