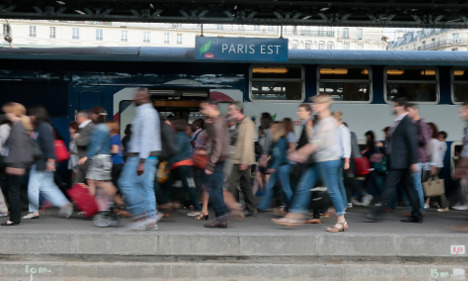 The French will be forgiven for celebrating the Friday feeling more than usual this week, given that they will be free from the clutches of the French tax man.

Well in theory at least.

An annual study by the liberal think tank the Molinari Institute has concluded that French workers are the most taxed in Europe – above even the Belgians who held have previously held the unfortunate title.

The study by the Brussels–based think tank works out the “tax liberation day” in each country or in other words the day after all their earnings go to them after the tax man has been paid off.

It calculates how much tax, social charges and VAT a person must pay to the state compared to what they earn on average. It then works out the equivalent of how many days a year it will take them to pay it.

And unfortunately for workers in France they have to wait the longest for their independence day, which this year is Friday July 29th – the exact same day as last year, where as the Belgians can celebrate two days earlier on Wednesday July 27th.

Based on figures from EY (formerly Ernst and Young) French workers hand over some 57.5 percent of their salaries to the state in various kinds of taxes compared to 56.9 percent in Belgium.

France’s rise to the top of the table has more to do with the impact of Belgian tax cuts (last year tax liberation day was August 6th), the Institute said, but it appears France’s own tax cuts have failed to take effect if the study is anything to go by.

Cécile Philippe, president of the Molinari Economic Institute and co-author said: “The fiscal and social pressure on the average French employee remains at record levels.

“This pressure, which cannot be explained by more attractive benefits, penalizes most of the world.”

As the map from Le Figaro newspaper (below) shows the workers in other countries like the UK have been pocketing their earnings for a long while. The annual tax freedom day for Britons this year was back on May the 9th – long before the Brexit referendum and Euro 2016.

In Ireland it was April 30th, before the sun had even come out for spring. In Germany workers were still paying off the country’s tax mannshaft up until July 11th.

The study reckoned that although the French earn higher wages on average than their German counterparts, those across the Rhine actually have 17 percent less spending power.

In Sweden, where the tax man also has a gluttonous reputation workers stopping paying into his pockets on June 22nd – the same day Zlatan and co were knocked out of Euro2016.

The Institute also chose to look at whether the French were getting value for their money in terms of the social and welfare services all their taxes were being spent on.

But their conclusion was not positive noting that France’s public services are not the best performing.

“It seems that the high level of collective spending in France is not matched by better well-being that would justify the higher taxation,” the report said.

The institute pointed out that France was placed 9th in Europe in the UN’s latest Human Development Index, and 11th in the OECD’s Better Life index, which look at overall quality of life.

James Rogers, associate researcher at the Institut économique Molinari said: “The Belgian and French workers spend more than half of the amounts distributed by their employers and taxes. It is worthwhile to ask why they do not get back the best schools, the best health care or the most generous pensions. “

The French president François Hollande has vowed to cut taxes before the 2017 presidential election.

The expected move is seen purely as a tactic to win votes with the president’s popularity ratings as low as they’ve ever been.