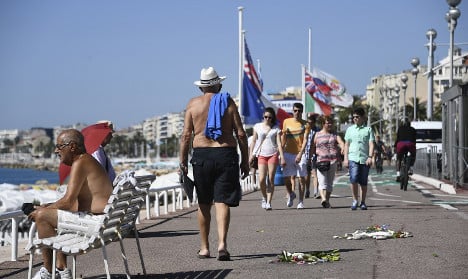 Photo: AFP
Police specialising in online crime detained the man after seeing his offer of “Items from the July 14 massacre – price to be discussed” on the internet four days after 84 people were killed when a Tunisian man rammed crowds with a truck.
The ad included photos of a ring, a pair of glasses and a flag as well as a note offering to send photos of around 20 other items on request.
The man was found guilty of fraud and of trying to sell items that did not belong to him.
He was also prosecuted for possession of narcotics after police found two cannabis plants in his home.
In his defence, the man, who has no previous convictions, claimed that the advertised items actually belonged to his family, and that the ring was a gift from his mother to his sister.