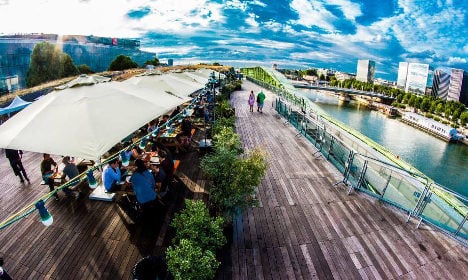 The secret is out, there's a new rooftop terrace in town. Pass through a semi-hidden door at the Gare de l'Est train station and head up to the not-so-secret terrace.
It's brought to us from the team at Perchoir, who already have some other cool bars around the city.
But be warned, there will be queues and sometimes long ones, especially on Friday.
It's open Monday to Friday from 6pm to 2am, Saturday and Sunday from 4pm to 2am until October 15th 2016.
2. Nuba (Photo: Nuba/Facebook)
Nuba, located in the 13th arrondissement, is among the coolest places to wet your whistle in Paris – but it's not for everyone. Scroll through some food blogs or check the TripAdvisor reviews and you'll find a very mixed bag of results – with people complaining about everything from the staff to the food.
Even so, people can't get enough of Nuba, largely thanks to the excellent location on the banks of the river Seine, the relaxed beach-like atmosphere, and the fact that it transforms into one of the best clubs in Paris as the night wears on.
It's open until 5am everyday, except for Sunday when it closes at midnight.
3. La Rotonde (The Rotonde, as seen from the canal. Photo: AFP)
On the edge of the Bassin de la Villette in the 19th arrondissement is La Rotonde, which has been refurbished and offers plenty of outdoor seating amid the bushes and trees. But make sure you pick your spot carefully, the sunshine quickly turns to shade for many of the seating areas, so do like the Parisians and choose with caution. There are also plenty of spots to grab a seat inside, where there are two more bars and a restaurant.
It's not as glamorous as downtown Paris but we predict this place will be THE place to hangout in the summer, or maybe next summer.
4. La Terrasse des Galeries Lafayette (Photo: Galeries Lafayette)
You'd be forgiven if you also thought that the Galeries Lafayette was nothing more than a shopping complex. But you'd be wrong. Up on the top floor is a terrace area with exceptionally sweeping views of Paris. The centre itself recommends you to grab a bite to eat from one of the restaurants downstairs and then carry it on upstairs to eat while watching the city go by.
5. Le Perchoir (The view from Le Perchoir. Photo: The Local)
Warning: If you're going to check out this rooftop bar, which is nestled on the north eastern side of the 11th not far from Rue Oberkampf, then GET THERE EARLY. Yes, there are plenty of spoils if you can make it to the top such as magnificent views of the rooftops, a trendy young crowd, and a very chilled vibe, but half of Paris knows about it so it's no secret.
The people on the door also tend to pick and choose who gets in when it's busy, so it's better to turn up in couples or small groups. Hipsters seem to have no problem getting in, so it might be worth growing a moustache and a big beard if you're a guy to improve your chances.
6. Shangri-La Hotel terrace (Photo: Shangri-La Hotel)
It wouldn't be a list of great Paris views if there wasn't an Eiffel Tower close-up. The Shangri-La rooftop lounge is among the best in the business. Yes, this is the kind of place you set aside for a special occasion that calls for champagne, tapas, and a killer view.
This summer terrace, which was launched in 2013, is only open until the end of September this year, and is part of the luxury Shangri-La hotel in the 16th arrondissement.
An original version of this article was published in summer 2015. 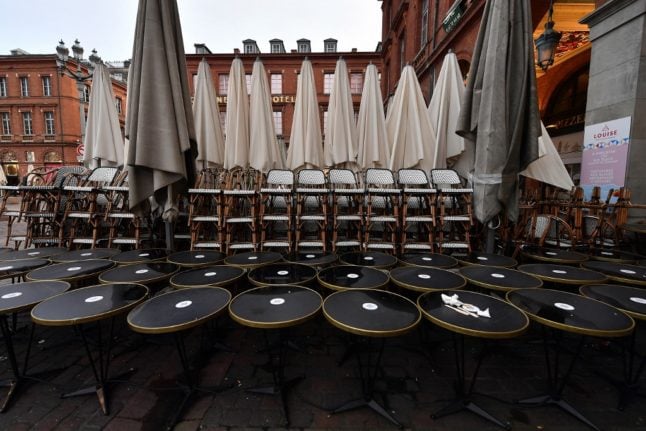 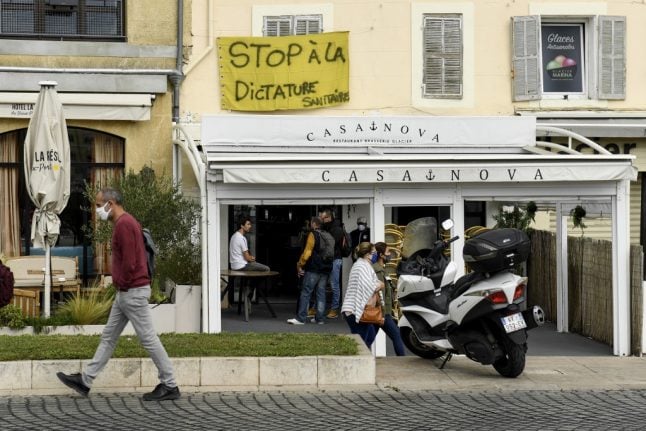