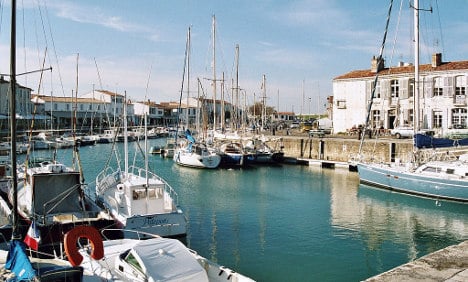 The tranquil island of Ile de Ré, which lies just off the La Rochelle on France’s west coast, is used to welcoming tourists from the UK and France in search of peace and quiet.

But as France struggles to adapt to the increased threat from jihadists, the French MP who led a parliamentary inquiry into the November terror attacks in Paris believes Ile de Ré should also welcome the country’s most dangerous jihadists.

George Fenech, MP for centre-right Les Republicains party, believes a Guantanamo à la Francaise could be set up on the island to house all those jihadists who are expected to return from fighting in Iraq and Syria.

“A French Guantanamo  would be the simplest solution,” said Fenech. “An institution dedicated to radicalised individuals would be a solution,” he told right-wing magazine Valeurs Actuelles. And Fenech believes the ideal place for an offshore prison would be Ile-de-Ré, where there is already a jail that needs renovating in the town of Saint-Martin de Ré.

Fenech says the prison could be adapted to house the “tidal wave” of radicalized fighters returning from the Middle East although the local tourist board and residents might have something to say about his plan.

The MP says he is concerned by the government’s lack of preparation for the impending return of hundreds of French jihadists if and when Isis are toppled.

Recent figures given by the Prime Minister said more than 1,000 French nationals have travelled to the Middle East, with 680 still present there. Some 187 have died while 203 have returned to France.

But Valls has already poured scorn on the idea saying while he is in charge of a government France would not locking up suspects indeterminately.

On Thursday President François Hollande added: “Opening up retention centres that are outside the law is not France.”

Fenech’s idea is not the only radical suggestion put forward by MPs since the deadly rampage in Nice.

Other MPs have talked of arming police with rocket launchers in certain sensitive spots so rampaging lorries can be stopped, while some have talked about bringing back the death penalty.