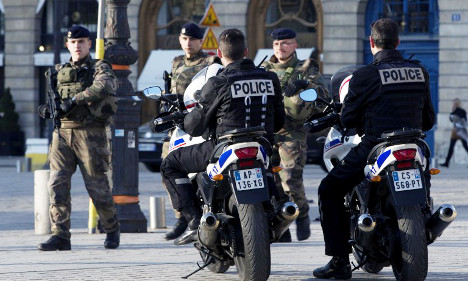 Photo: AFP
France's lower house of parliament voted overwhelmingly on Tuesday to extend the state of emergency for six months, following the July 14th massacre in Nice.
MPs debated around 100 potential amendments to the state of emergency discussed during the vote, but only a few were adopted.
Here are some of the main changes to the law, which now needs to pass through the Senate for a vote on Wednesday afternoon.
Luggage and vehicle searches
MPs voted to allow authorities to search luggage and vehicles without prior approval from a prosecutor. Previously police would have needed a warrant to carry out such a search.
The attacker in Nice last week was carrying a firearm in his truck, as well as a series of fake weapons like grenades.
According to the new amendments, if they go through, police would be able to search such a vehicle after stopping it.
Computer searches
The amendments would allow police to seize data from computers and mobile phones without needing permission from a prosecutor.
Police would have full permission to seize and/or copy any of the information they find on these devices at any time.
Restoring police right to carry out raids
When the state of emergency began, police were given extra powers to search suspects' homes for evidence without consent from a judge.
When the bill was extended in late May, this power was taken away from police as it was ruled that the surprise effect of the raids had been taken away after over 3,500 raids were carried out.
Lawmakers have now voted to bring back this power.
“Follow-on raids”
Another new measure will see police given the power to carry out a “follow-on raid” if they find information during a separate raid that gives leads.
“If a raid reveals information about another place that is frequented by the person who is under investigation, we can follow up with an immediate raid there too,” said Stephane Le Foll, government spokesman.
Video surveillance in prison
According to Le Parisien newspaper the continuous video surveillance of Paris attacks suspect Salah Abdeslam, who is being kept under close watch in prison in France no has a legal basis after deputies voted to adopt an amendment.