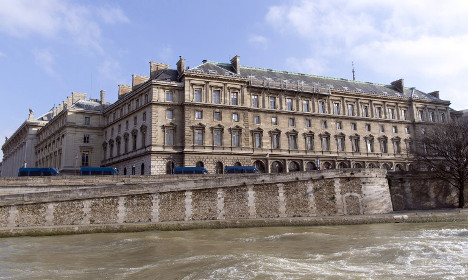 The headquarters of the Judicial Police at 36 Quai des Orfevres in Paris. Photo: AFP
The woman had accused Paris police officers of raping her in the police headquarters after a night of drinking in a nearby Irish pub in April 2014.
The investigation, which lasted two years, resulted in the judge dismissing the case on Wednesday.
The woman, originally from Toronto and reportedly the daughter of a police chief, was in Paris for a two-week holiday when she had claimed she was invited to visit the headquarters at 36 Quai des Orfèvres, an iconic building on the bank of the River Seine that has provided inspiration for crime writers and TV shows.
She reportedly agreed to go to the headquarters, then alleged that the officers, who included a captain belonging to an elite anti-gang unit, sexually assaulted her in an office on the premises.
This rape accusations sent shockwaves across France and abroad ever since it first made headlines, most recently after more than 100 police officers were subjected to DNA tests earlier to determine if they should join the two policemen already charged with gang rape.
All 120 police officers and civilian staff who were present in the building on the night the rape took place in April 2014 were tested.
More to follow
Url copied to clipboard!