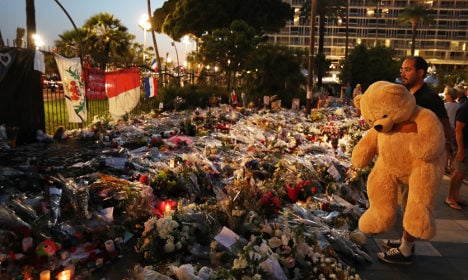 From Algeria to Kazakhstan, 38 foreigners were among the 84 killed when a presumed jihadist rammed a truck into a crowd in the southern French city of Nice.

In a statement, the ministry said this list was not yet finalised.

“However, at this stage, 29 countries are affected as far as victims are concerned, whether injured or dead,” it said.

Among the 84 victims were ten children.

The tragic stories of those who died have been emerging in recent days including news that whole families had been wiped out, a man died as he saved his pregnant wife, and two Polish sisters killed on holiday.

READ ALSO: Who were the victims of the Nice truck attack On Tuesday authorities in Paris announced that all 84 victims of the carnage in Nice had finally been identified.

France’s Health Minister Marisol Touraine insisted that victims would be adequately compensated and looked after by the state after concerns were raised there would not be enough money to go round.

She also said 70 people injured in the attack remain in hospital with 19 of those said to be in a critical condition.

On Wednesday life in Nice began to return to normal even though the scars will take a long time to heal.

The Promenade des Anglais opened to traffic once again for the first time since Thursday night. On Monday there were emotional scenes after a human chain was formed to move all the flowers and tributes that have been laid along the Promenade since the attacks.